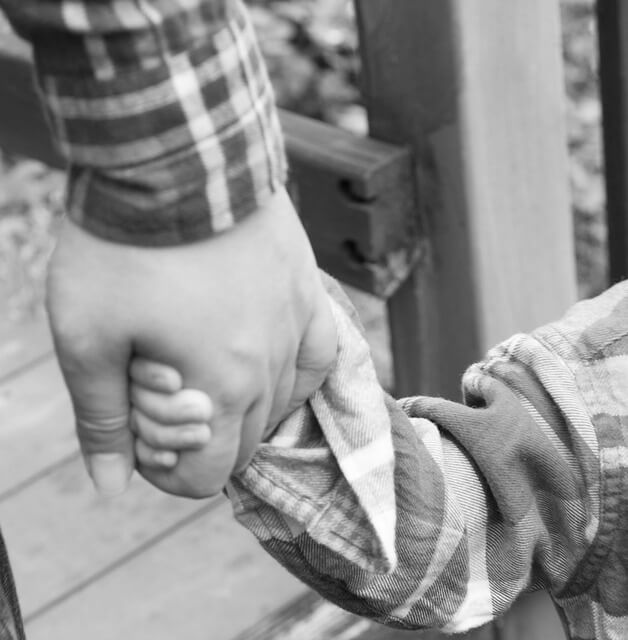 Today’s article is about some of the most common traits of absent fathers, and how their absence affects their children’s well-being. A father’s love, support, authority, and example are truly irreplaceable and essential.

That’s why growing up without a father creates emptiness and wounds that last into the child’s adult life. These wounds affect emotions, relationships, personality, and self-esteem.

Fathers have mistakenly been given a secondary role in the family and child rearing. Their role in parenting is commonly based on providing financial support. However, we believe that this way of viewing fathers should change.

A study from the National Fatherhood Initiative outlines the negative effects of the father’s absence on children. Growing up without a father can affect relationships, economic factors, and even physical and mental health.

The organization considers this to be an issue of public interest, which costs the country one hundred billion dollars annually in social and education programs.

Keep in mind that sometimes fathers aren’t in the picture, not because they don’t want to be, but because other factors are prohibiting them from being a part of their child’s life.

For example, they might not have a healthy relationship with their ex, they may be in the military, or travel often for work.

Mothers and society should give fathers a bigger role in raising their children. It would promote fatherhood with responsibility and compromise.

It is important that a father begins to see himself as essential in the life of his children. He is essential.

They are there but they are not really there. They typically work up to 12 hours a day and only spend a few minutes with their children.

This type of absence is very frequent nowadays. Material desires and the need for professional development put the family and their bond with their children at risk.

Balance is key. The quality of time spent can compensate for the quantity. If you identify with this trait, try to compensate for your absence by a virtual presence.

Call, email, instant message. and be active on social media with your family. These methods will all allow you to interact with them.

During the evenings and weekends, try to disconnect from work, your cell phone, email; and dedicate 100% of your attention to your children.

An emotionally or physically lacking father is one that doesn’t feel empathy. They have very little emotional connection with their children and people around them. They are self-involved and maintain superficial relationships lacking in depth.

This type of father, in general, is not around their kids because they don’t want to be. Fatherhood is unfamiliar to them and full of compromises.

They don’t act by taking everyone else into consideration. They don’t put themselves in other’s shoes (their partner or children).

This type of person, in general, flees from the responsibility of being a parent. They maintain weak emotional ties with their children. They leave the weight of raising them on the mother.

This characteristic is related to lack of empathy. It is another reason why a father may be absent and not excited about the responsibility of being a parent.

Emotionally immature people have difficulty relating. They are afraid of obligations and create toxic relationships.

Emotional immaturity could be a result of childhood or adolescent trauma. They could be replicating the role their disinterested father played in the care of his children.

They live as if they were an adolescent and don’t know how to express their emotions effectively.

This is the man that decides to ignore the fact that he is a father, or even question whether he is a father. He tries to escape the responsibility of raising a child.

The self-centered father forgets about his children. He makes life plans without considering his children. He prioritizes other things above his family, such as going out with friends or work projects.