Even if we don't hear much about it, there are many cases of autism spectrum disorder. We shouldn't believe everything we hear about it or get carried away by myths. Prevention and professional treatment of autism are very important. Being correctly informed is key. 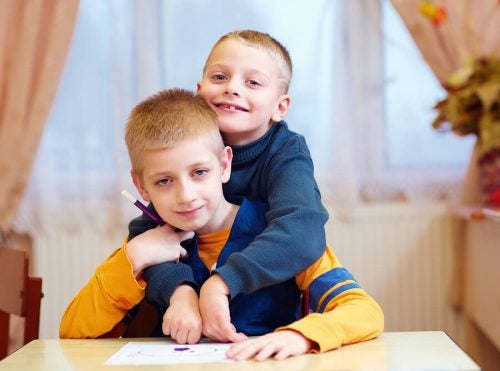 To this day, approximately 1% of the world’s population has been diagnosed with autism spectrum disorder.

Although this type of disorder has been thoroughly studied, there’s still a long way to go in order to understand it and debunk myths about it.

There are many myths surrounding autism, which is why it’s so important to have access to accurate information, and prevent and treat all the different cases.

In this article, we’ll point out some common misconceptions about autism.

Autism is a neurodevelopmental disorder. It’s a multifactorial condition in which neurological and environmental factors play a role. These factors are part of the group of conditions that we know as Autism Spectrum Disorder (ASD).

When talking about autism or autistic individuals, we’re talking about a whole set of similar conditions that, nonetheless, manifest in different ways and to a certain degree in each person.

Hence the name ASD, which allows us to better understand the different characteristics of a variety of autistic individuals.

In order to understand this disorder a bit more, it’s essential to know that the brain development of someone with ASD is different from the normal development, meaning that the way it works and processes information is also different.

In autism-related disorders, individuals usually have difficulties with communication and social interaction. It’s also common that they experience changes during the process of sensory stimuli.

Despite achievements in the study of ASD in the last decade, there’s still a lot of misinformation about it.

There are common misconceptions and features associated with autistic individuals that aren’t accurate. These are the most famous myths about autism spectrum disorder:

1. People with ASD are incapable of feeling or showing affection

This is one of the most common myths out there. For quite a long time now, movies, TV and the media in general have been building this stereotypical image of autism.

In reality, people with ASD are capable of expressing their emotions, feelings and showing affection. Every child or adult with ASD smiles, cries, gets angry and shows love; what may be different and not so typical is the way they show or communicate those feelings.

A mistaken belief is that people with ASD don’t speak or communicate. This is completely false.

Although they have certain difficulties, with proper speech and language therapy, they can improve their verbal skills.

In cases in which children don’t talk, there are temporary communication alternatives, such as sign language, that help them express themselves. The important thing here is that they don’t isolate themselves more and more over time.

“In autism-associated disorders, individuals usually have difficulties with communication and social interaction.”

3. People with diagnosed ASD cannot recover from it

With all the ongoing research, recovering from autism disorder is more and more possible each day.

Through proper stimulation, by setting goals and being in a suitable environment, kids with ASD evolve in a way that we didn’t even believe was possible, years ago.

We must also emphasize how important it is for the world to be aware of this disorder. Mainly, it’s all about correctly informing people and supporting parents in their journey.

4. All autistic kids have learning difficulties

Autism spectrum disorder manifests in different ways in each individual, therefore its symptoms may vary significantly.

Although some individuals have serious learning issues, others are actually very smart. There are no specific rules when it comes to this.

Actually, children with ASD benefit immensely from being involved in regular scholar activities.

Choosing a school doesn’t depend on a diagnosis, but instead it’s more about the needs and features of each person.

Inclusion of autistic individuals inside normal schools is highly recommended in many cases, and it’s of course very possible to do.

In conclusion, it’s essential to become well informed about autism. It’s not only about knowing what it is: we should learn how people with ASD interact. The final goal is to help them be part of society.