Who Are the Baby Boomer Parents and What Can They Teach Us? 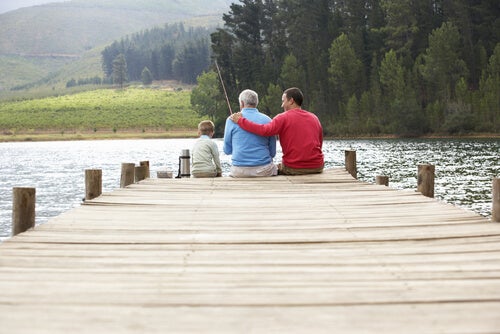 Every generation seems to have a name, according to the year or decade they were born in. These generations have particular characteristics that have marked different stages throughout history. The generation we’re going to talk about today is no exception: the baby boomer parents.

Generations come and generations go, but parenthood has always had the same common goals: to love, to care for and to teach. Parents are the pillars of the home, and their duty is to work to support the family. But the most important thing of all is for them to guide their children along a good path.

The generation of baby boomer parents are those who were born between 1945 and 1964. Today those parents would be between 54 and 73 years of age. Their lifestyles are quite distinctive and unique, albeit (according to the current generation) a little outdated. It’s not surprising that they keep many old customs, as many of them are now grandparents.

The history of the baby boomers

To understand the way baby boomer parents think and act, we need to know a little bit about their history. We’ll first need to know where their name comes from, and how that generation came about. We must also take into account the social movements of the time, in order to understand their tastes and customs.

The name stems from history itself. The years 1945 to 1964 were the years right after the Second World War. We know they were extremely hard years for all humanity, as the death rate in the war years was very high.

The term baby boomers was coined because soldiers, especially Americans, Canadians, Australians and New Zealanders, returned from the war without having seen their partners for years. The happiness of being reunited with their lovers led to the generation of baby boomers. This was a truly worldwide movement, and the nations mentioned had the highest birth rate in the world at the time.

The birth rate in those years was really high. After so many tragedies and losses in the war, these people were the ones responsible for procreating for the future. The fact that this was happening around the world meant it was considered a “boom” – that is, a global phenomenon.

We also know that, during those years, very significant social events and cultural movements occurred throughout the world. All these things came together and helped them to be known as the baby boomers, and defined the way they brought up their children, and that means either us or our parents!

Some of the most important events from that time were:

Out of the movements and social protests regarding civil rights, the phenomenon of the hippie movement burst onto the scene. Hippies were peaceful people, totally against wars and other acts of violence.

This led to other cultural movements as well, especially in the world of music. Groups like The Beatles appeared, and they became a real point of reference for their generation.