What Are the Basic Emotions in Children?

If understanding emotions and their origins is complex for adults, then it's even more difficult for children. That's why it's important to know what the basic emotions in children are, and how to relate to them in each moment. 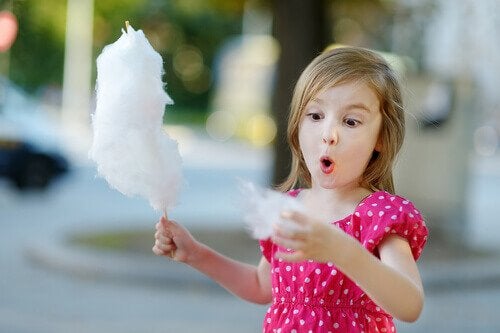 Are you able to recognize your children’s various moods? Usually, it’s easy to recognize the most basic emotions in children just by sight.

This is because they tend to be very genuine, and allow others to see what they think and feel. Today we want to offer you some valuable information to help you differentiate between the basic emotions in children.

Emotions are divided into two categories: Primary or basic emotions, and secondary emotions. The difference between these two types is that basic emotions in children are the response to external stimuli. They’re present from the time children are born.

Secondary emotions, however, are the result of growth, interaction with society, and the combination of primary emotions.

What are the basic emotions in children? There are different classifications in regards to basic emotions and children.
Today, we’ll provide detailed information on the six emotions explained by Paul Ekman, American psychologist and expert on this subject.

The basic emotions in children

Happiness is an emotion that’s impossible to mistake and impossible to hide from others. Children demonstrate happiness by smiling, being enthusiastic and showing affection. They also become excited and energized when they feel happy.

In general, happiness in children is the result of some sort of good news. For example, when they receive a gift or when a friend or loved one comes to visit.

At the same time, this emotion represents the ultimate goal that parents have in regards to their children.

Every parent desires that their children be happy. Seeing them smile is a source of incomparable vitality and pride. Obviously, happiness is a state, and not a permanent condition.

Sadness is just the counterpart of happiness – the exact opposite of the above mentioned primary emotion. It occurs as the result of an undesired occurrence for children or something that didn’t go the way they had hoped.

Some children tend to become saddened quite easily. This is because some children are more sensitive than others, just like adults.

However, we need to tend to this condition to help them deal with it. Ultimately, we want to help them eventually overcome their sadness.

If a child is unable to overcome sadness, then parents must take concrete steps. Childhood depression exists and can be the result of both biological and external factors. It’s the responsibility of parents to prevent or at last seek rapid treatment to avoid drastic consequences.

Fear is a basic mechanism that all human beings possess. Our ancestors were able to survive threats to their livelihood thanks to fear. This instinct kept them alert and helped them take appropriate precaution in the face of danger.

In children, fear can arise for a number of reasons. It can even appear because of everyday motives, such as dogs, insects, etc.

Parents, of course, should help children overcome their fears progressively. They must also learn to differentiate between fears and phobias. The latter is characterized by provoking irrational behavior, generally disproportionate in relation to what caused it.

“Basic emotions in children are the response to external stimuli. They’re present from the time children are born.”

Anger arises as the result of a situation that children strongly dislike. In general, it appears in the face of something that children consider “unfair” or when they simply don’t get their way.

This can refer to something material – such as not getting a new toy or a piece of candy. And it can also occur, for example, when they don’t get to continue watching TV.

This emotion is especially frequent in children between the ages of 2 and 4. It’s during this stage that children begin to interact with others. It’s also the period in which they start to express their will in regards to making decisions.

Just as in the previously mentioned emotions, anger has physical symptoms. Sweating, muscle tension and even headaches can arise during moments of anger or rage.

It’s important for parents to remain calm and know how to keep the situation under control. Above all else, parents need to provide a good example of how to manage anger.

Just like fear, disgust is a primitive defense mechanism. In the past, it has allowed humans to distance themselves from that which they found unpleasant or uncomfortable.

Disgust is, precisely, a sensation of deep discomfort regarding a good, object or even an experience. This discomfort activates the senses and causes them to react.

The positive part of disgust, also known as aversion, is that it can be easily avoided. In general, all we have to do is distance ourselves from the source of our disgust and focus on something else.

This emotion produces a state of alert in children as the result of a possible threat. However, there are also positive or neutral surprises – in other words, surprises that are neither good nor bad.

“Surprise is primarily the result of an abrupt change in activity or direction or an increase in the intensity of a stimulus (such as volume). The sudden appearance of a new stimulus can also produce surprise.”

It’s worth pointing out that each one of the basic emotions in children has an enormous influence on their lives, behavior and overall well-being. It’s crucial that parents know how to understand each one and respond adequately.

Finally, parents must also teach their children how to deal with their emotions. This, of course, includes interpreting them, understanding them, and knowing how to manage them responsibly and cautiously.