The Best Cartoons for Children 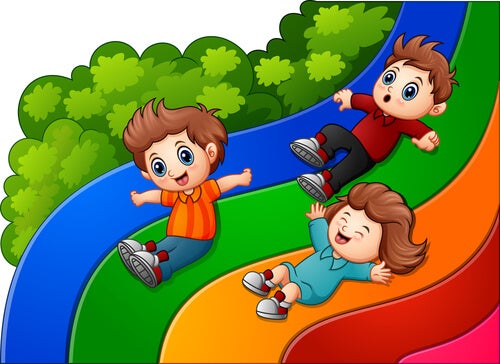 Animated series and cartoons for children are one of the most popular forms of entertainment. They combine a series of visual elements in which image and sound give life to different stories.

Beyond the color, brightness and funny characters, these stories open the door to a world in which children can identify, have fun and expand their creativity.

Nowadays, you have to keep in mind that not all TV series portrayed as cartoons are safe for children.

In fact, more and more cartoons are being created that are aimed specifically at an adult audience.

That’s why parents have to be very careful regarding the content of those colorful images that their children watch on TV or any other electronic device.

There are certain conditions that cartoons must meet in order to be suitable for our children.

Firstly, they must use appropriate language. Many children learn to speak or base their speech on what they hear and see in cartoons.

Cartoons should contain appropriate behavior and content that promotes values such as respect.

They should also promote the integration of different beings. A very common example is the relationship between humans and animals.

Some cartoons have plots that are charged with connotations that aren’t appropriate for children.

Suitable cartoons shouldn’t contain explicit content nor physical, psychological or emotional violence. They should also be free of vices and sexual situations.

Cartoons should teach children to respect other people, animals and the environment.

Other tips for choosing suitable cartoons for your children are the following:

Ranking of the best cartoons for children

Two researchers from the University of Granada: Conception Alonso Valdivieso and Jesus Pertinez Lopez, carried out an investigation on internationally broadcast cartoons.

The researchers took into account the characters’ characteristics. They also studied the content and the animation techniques used.

The study was created in order to determine which cartoons were most appropriate for children.

The study produced the following ranking:

The main characters of this cartoon are siblings. Charlie is a thoughtful character who helps his sister, Lola, reflect.

The siblings always show a lot of respect towards their parents. They always do as they’re told.

This cartoon is also very attractive to children artistically.

This cartoon takes place on an island populated by strange animals that don’t have a recognizable form. These diverse beings explore the world and experience moments from which cooperation and solidarity arise.

Bill is a 5-year-old boy who loves to learn. This cartoon is a rich source of knowledge for children.

The little pig protagonist along with her friends and family often star in anecdotes very similar to those that children experience. Peppa pig always resolves her challenges within a framework of positive values.

Jelly Jam is a 3D animation that has a special appeal thanks to the creative appearance of its characters. The story is based on the planet Jammbo, where five friends promote the values of companionship and friendship.

This cartoon’s protagonist is a cheerful 4-year-old boy who lives within a happy family. Children find it easy to related to the friendly character.

This cartoon’s main character is an elephant who travels around the world making movies. She uses her films to answer her son’s questions as he grows up. It provides a valuable message about nature.

The wonder pets are three animals that live in cages in the backyard of a house. When the children go to sleep, the three animals escape and become superheroes.

In the program the protagonists go on all kinds of adventures helping those in need.

The main character is very peculiar. He’s a very intelligent sheep that enjoys playing and having fun.

The sheep always manages to escape from the shepherd’s dog. The protagonist never succumbs to peer pressure and never resorts to violence.

This cartoon is all about riddles that refer to the content of a box. It gives clues about the animal that the box encloses.

With these clues, children can discover the traits and habits of common animals. It’s a very educational cartoon.

The researchers concluded that cartoons for children shouldn’t only have appropriate content but they should also provide educational contributions.

Important values are incorporated in this cartoon to help children differentiate between good and bad. It also shows why it’s better to live in harmony with others.

Despite all of the benefits that appropriate cartoons pose, it’s important to keep in mind that the time a child spends watching TV should be limited.

According to experts, a child shouldn’t watch more than 60 minutes of television a day.