The 10 Best Cartoons for Kids 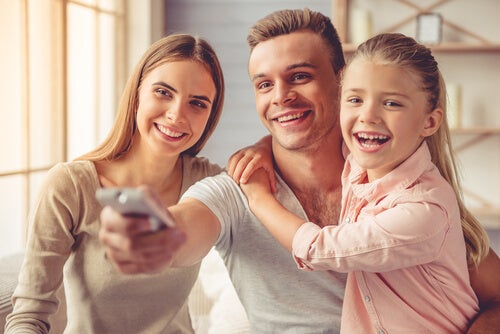 What are the best cartoons for kids? For children, it’s the ones that are most entertaining. But for parents, cartoons need to also show certain values and teach positive lessons.

Another way to evaluate cartoons is by the quality of the animation and the technique used, since animation is also an art.

So, taking into account morals, animation technique, and popularity, we’ve compiled this list of the best cartoons for kids.

The 10 Best Cartoons for Kids

Peppa Pig is one of the most popular cartoons in the world, especially among Spanish speakers. Peppa is a little big who is 5 years old and lives with her nice family: dad, mom, and George (her little brother).

All the characters are anthropomorphic. In other words, they are animals with human traits and behavior, but who also retain characteristics of the animal. Peppa’s family alternates between words and grunts when they talk, making that particular sound that makes them special.

This is an animated series that comes from one of the most loved Disney movies: The Lion King. In the Lion Guard, Nala and Simba’s son leads other young animals to protect the balance between the creatures living on the savannah and the environment. This balance is called the “circle of life.”

In this series, you can see values like friendship, solidarity, and family. It also shows the importance of conserving the environment in a way that even the youngest can understand.

Elena is the first Disney princess based on Hispanic culture. Elena is a teenager who becomes the king of Avalor’s hero after she saves him from an evil witch. Elements like music, food, and customs in the series reference various Latin cultures.

When she is crowned princess, Elena must show virtues like patience, compassion, and solidarity. The series also emphasizes family and friendship.

The original name was Charlie and Lola, and the series told short stories about siblings. Juan is Tolola’s older brother, who teaches and guides her through experiences that he has already had, but are new to her.

The parents don’t appear in the show, so the kids get to learn to solve situations creatively. The show also teaches values like friendship and solidarity among siblings.

This is a fun 3D animated series. Five friends: Bello, Goomo, Rita, Mina, and Ongo live on the planet Jammbo, where they play music constantly to keep the planet balanced.

This show teaches children the importance of music and shows it as a playful part of daily life. It has unusual shapes, and vivid, contrasting colors that make the illustrations fun and eye-catching.

This show is based on video games. Nathan, the protagonist of the series, discovers some peculiar special beings called the Yo-Kai.

These little troublemakers create lots of problems for people, like deleting their memories or giving them voracious appetites. Nathan has a personal Yo-Kai called Whisper, who helps him understand how the other Yo-Kai act.

Shaun the Sheep is a British show made using stop-motion animation,  which creates a unique look. Unlike what we think of sheep, Shaun is very smart and ingenious in the way he solves problems on the farm.

Shaun the Sheep is one of the children’s cartoons with the most visual richness.

Saari is a cartoon which sometimes shows hybrid animals. They are constantly in motion, and are fun and creative. They constantly explore the environment.

The music in children’s cartoons plays a very important role, helping to stimulate the youngest viewers. In some episodes it sounds like bells, guitars, or maracas. In other episodes, the action is accompanied by sounds that are peculiar, but always rhythmic and harmonious.

Zoobabu is an animated series with short 3-minute chapters. It consists of a riddle with a secret box for the child to guess what’s inside. A girl narrates the clues that the viewers discover. This show familiarizes children with animals and their characteristics.