How Does Birth Order Influence Your Personality?

It's not the same to be an only child as the eldest of two brothers. In this article, we'll explain how your birth order influences the different aspects of your personality. 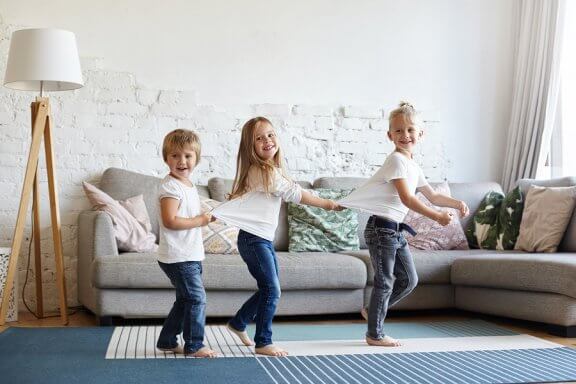 Siblings take on different roles depending on whether they’re older or younger. In fact, it’s a phenomenon that happens in all families. In this article, we’ll talk about how your position with siblings influences you.

Birth order can have a great effect on kids’ personality and behavior. This is true whether you’re an only child, the oldest, middle or youngest. Without a doubt, birth order is a topic that deserves special attention.

Likewise, we know that the prenatal environment of the mother changes with each pregnancy. After birth, firstborns tend to receive more attention and investment from their parents.

With the arrival of new brothers and sisters, a hierarchy forms. The children choose certain roles or niches within the family to differentiate themselves.

In fact, a recent study estimated that first-born children get approximately 3,000 more hours of time with their parents between ages 4 and 13 than their younger siblings during the same period.

Many think that attention makes them responsible, with greater pressure to succeed and do things right. Also, parents tend to relax with later children.

How does your birth order influence you?

It’s proven that birth order affects the personality of any individual. Even if they share the same father and mother, children don’t all act the same.

It’s fascinating that birth order has an immediate impact on how kids’ personalities develop. Of course, it’s difficult to generalize, but you can identify common characteristics and draw certain conclusions.

In most houses, the first child is a kind of experiment for new parents. In this situation, most parents use a mixture of instinct, and trial and error techniques.

As a result, parents are extremely attentive caregivers with very strict rules. In turn, it causes first children to become perfectionists, always striving to please the parents.

With the arrival of the second child, parents tend to become more permissive. This is due to their experiences with the first.

It’s possible that the second child, used to sharing attention with the first, becomes much more independent. This child may also not need to call for help as many times as the older sibling.

Younger siblings often don’t have as many responsibilities and more freedom. They often try and do things their own way.

Children born in the middle tend to be less defined in their personalities than their younger or older siblings. In fact, they can adopt the behavior of older or younger siblings, or they can find some combination of the two.

In addition, they usually have the ability to see things from the perspective of other people. This is because they always maintain the challenge of being connected and navigating the events of the people around them.

“With the arrival of new brothers and sisters, a hierarchy forms. The children choose certain roles or niches within the family to differentiate themselves.”

Only children don’t have the need to compete with the other siblings. This brings them to monopolize all the attention and resources of their parents.

They don’t do this for a short amount of time, but rather forever. Undoubtedly, this makes children have the privilege of having all the support from their parents all the time.

According to birth order, only children have many characteristics of older adults, but with less intensity. They aren’t pushed aside by the arrival of a new sibling. They don’t have the pressure to lose their privileged position.

In addition to birth order, it’s important to take into account the fact that parents treat their children differently. This fact, of course, shapes their children’s attitudes and behaviors.

The reality is that birth order can hardly seal the fate of children. Kids’ personalities are still a random mixture of their own genetics and the experiences they face in childhood.

Therefore, if birth order pushes them in certain directions, it’s only a small piece of an elaborate puzzle. Parents, of course, will be key players in this whole process.