How Does the Brain of Children with ADHD Work? 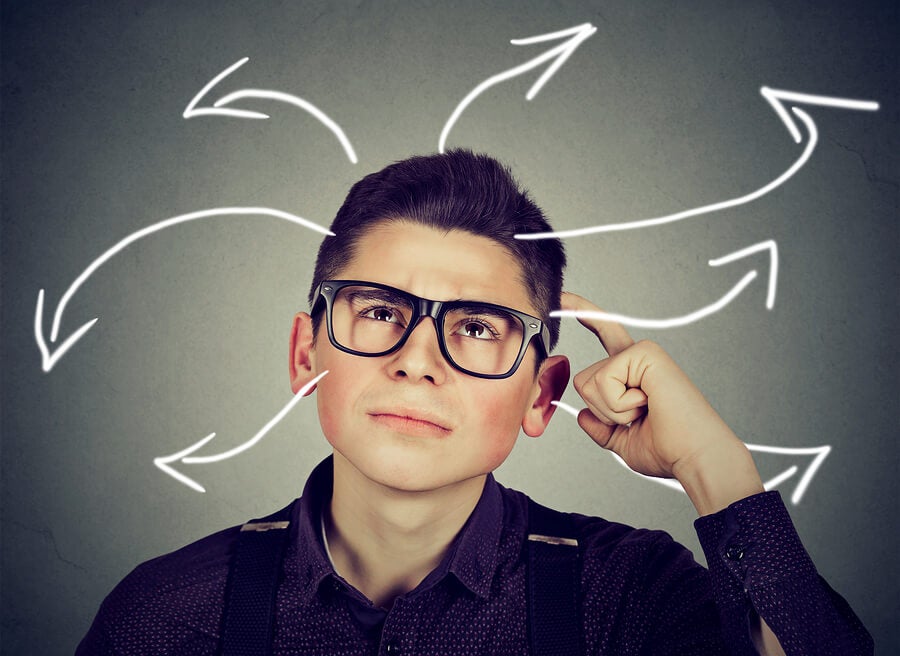 The brain of children with ADHD shows anomalies in certain areas. To know more about this disorder, we must distinguish between different types of ADHD.

ADHD, or Attention Deficit Hyperactivity Disorder, is a common neuro-psychiatric disorder that occurs in childhood and adolescence.

It’s characterized by severe hyperactivity, impulsiveness, and lack of attention that prevent the child from developing well in the social, academic and domestic spheres.

Generally diagnosed in childhood, this disorder often continues to manifest itself in adulthood. If it isn’t identified and treated early, it can have lifelong consequences.

3 Types of ADHD in children: what are the differences?

There are three main types of ADHD, which differ according to the most common symptoms:

This is the most common type of ADHD. The child shows impulsive and hyperactive behavior, and is also easily distracted and struggles to maintain attention.

In this less common type of ADHD, children show impulsive and hyperactive behavior, but for the most part they can pay attention.

In this case, the children aren’t hyperactive. They don’t interrupt in the classroom or during other activities, so it’s possible for their symptoms to go unnoticed.

How does the brain of children with ADHD work?

In this section, we’ll focus on the different aspects that make up the brain of children with ADHD:

Specialists use many modern technologies focused on brain imaging to better understand how the brain of children with ADHD works.

Thanks to them, we now know that ADHD is evidence of a malfunction in certain areas of the child’s brain.

According to the researchers, two brain areas of children with ADHD are particularly involved in the onset of symptoms:

The brain is not a glass to fill, but a lamp to light.

2. The importance of neurotransmitters

ADHD causes problems in the regulatory circuits that bridge the two brain areas of children with ADHD mentioned above. These areas communicate through dopamine and norepinephrine.

Dopamine seems to be the most important. The dopamine system is involved with processes related to motivation and reinforcement.

For its part, norepinephrine is also essential. This neurotransmitter plays a role in the processes of learning, memory and alertness.

The appearance of ADHD is linked to an insufficient production of these two neurotransmitters, which are chemical substances whose objective is to produce a correct communication between the neurons.

For this to take place, there must be an adequate amount of dopamine and noradrenaline. In children with ADHD, the production of these two neurotransmitters is irregular.

Profile of a child with ADHD

Children with ADHD show signs of lack of attention, hyperactivity and impulsiveness in specific ways. The following general symptoms are the most common with regard to ADHD:

1. Symptoms of lack of attention:

The appearance of ADHD is linked to an insufficient production of dopamine and noradrenaline.

2. Symptoms of hyperactivity or impulsiveness

However, each child may experience this disorder differently. It’s possible to present some of these symptoms and not have ADHD.

ADHD usually appears before the age of 5, but the diagnosis will be difficult to analyze because movement and lack of attention are common in children before this age.

They’re an integral part of normal psychomotor development and not necessarily problematic.

A general evaluation of the child is essential because some of the symptoms of ADHD may have other causes. Physical health problems can produce the same symptoms as ADHD.

In addition, some other mental health problems, such as depression or anxiety, can sometimes have the same symptoms as ADHD.

In short, it’s important to consult a doctor in order to carry out a complete health check. In this way, an effective and timely intervention can occur.