Bumps on the Head: What Should We Do? 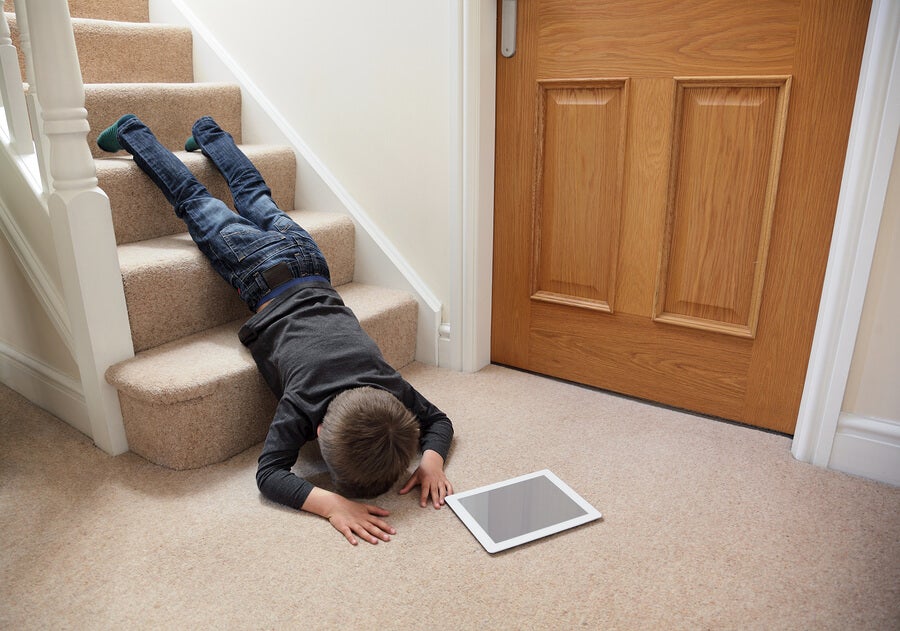 From the moment children start to walk, they’re susceptible to falls and bumps on the head.

It’s one of the most frequent accidents and, although we shouldn’t be too alarmed, it’s something we must pay close attention to.

We should act quickly, depending on the seriousness of the accident.

To prevent more serious problems and to react in the proper way to an accident in the home, it’s vital for parents to be properly informed and to know how to act when their child falls and suffers a bump on the head.

Bumps on the head: a frequent problem

Bumps on the head are common from the moment a child starts to walk. Accidents can happen, and both younger and older children can easily trip or even fall from a height and hurt their heads.

Of all childhood accidents, falls and bumps on the head are the most frequent. In fact, specialists have discovered that approximately 50% of blows to the head occur in children under 15 years of age.

The most dangerous parts of the house for little ones are baby changing mats, walkers, tables, bunk beds and chairs, among other things.

When the child is older, these accidents usually occur when they’re playing sports or taking part in any other physical activity.

How to react to bumps on the head

It’s essential that a child’s parents and relatives are well informed about what to do in the event of an accident involving bumps on the head.

They must be able to treat the child and also know when it’s necessary to take the child to the doctor.

Observation is one of the most important things to keep in mind when a child hits his head.

Parents should monitor their child for 72 hours after the accident, and take him urgently to the hospital in the event of any strange symptoms.

When to go to hospital

There are certain symptoms that clearly indicate that a child should be taken urgently to the hospital. These symptoms are:

“The most dangerous parts of the house for little ones are baby changing mats, walkers, tables, bunk beds and chairs”

In most cases, bumps on the head are usually no more than a bit of a fright.

If the child has a bump, a bruise or a small cut, it’s quite normal for them to feel discomfort and get a headache. In these cases, the parents should clean and treat the wounds and apply ice wrapped in a cloth.

Even though the blow may not seem too serious, even in these cases the parents should be attentive. If the bump or lump increases in size, it’s advisable to go to the hospital as soon as possible.

When a skull fracture occurs or the child has any of the following symptoms, you should call the emergency services or take the child to the hospital as soon as possible.

What are the symptoms of a skull fracture?

In the case of small babies, parents should be especially careful, since the bones of the skull are still very soft. The baby should be monitored for several hours after the fall, and taken to the doctor in the following situations:

The most common thing to happen after a bump is that the child will suffer from a headache. In most cases this problem is solved with a little ice, a peaceful environment and a pain killer appropriate to the child’s age.

As we’ve seen, in the case of babies or older children, parents or adult relatives should be alert to possible symptoms that may indicate that the child requires professional attention.

Although bumps on the head are probably the most common childhood accidents, we must also be very aware that the head is one of the most delicate areas of the body.

That’s why we should be more vigilant in these situations. Observation is the key for parents to determine whether or not it’s necessary to seek medical attention.