Childhood Play at Every Stage 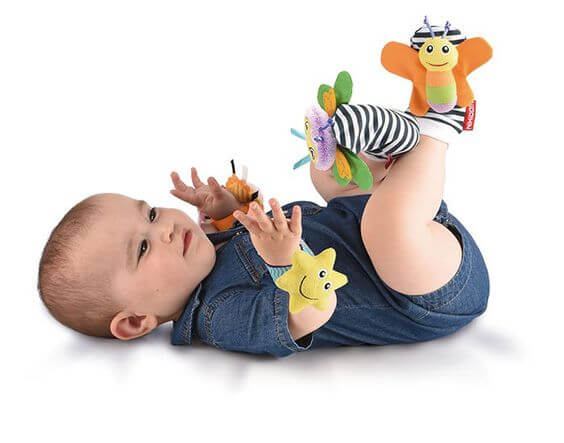 Childhood play is crucial for development, and evolves with your child at every stage.

As your child grows up, they need different stimuli. They’ll modify their patterns of play as they progress, learn new skills and pick up new interests on their own.

Every activity your child undertakes tends to evolve over time. Babies start out with few abilities for play, but as they grow older, their games become ever more sophisticated.

Children adapt games to their own stage of development automatically, but it is up to us to provide the tools to help them.

To understand the stage of development that your child has reached, just look at what and how they are playing. This is the best indicator of their maturity and the development of their personality.

The way your child plays comes spontaneously to them: it is one of the characteristics of their stage of development. This is why you might see their interests change over relatively short periods of time.

That said, there is no specific age at which children begin to play. Babies play from when they are very small, although we don’t always notice them doing it.

As we have said, the type of play depends on the child’s stage of development, so play in babies may be more difficult to observe and follow.

Similarly, childhood play will differ between babies and children depending on their personality.

That is to say, even among children of a similar age, there may be differences in the way that each child plays or the toys they prefer.

In other words, there are patterns of childhood play at different stages, but how these manifest will depend on each child and their unique personality.

What does childhood play look like at each stage of development?

To understand your child’s stage of development, let them play however they like. Your child should be the one to choose the game.

Once you have identified what kind of play they enjoy, you can help them to learn using suitable tools for their stage.

If you want to know more about the types of childhood play that are typical for each age group, read on to find out about some of the categories.

This begins from the first few days of life up until approximately two years. Motor play is focused on performing different movements.

This promotes the development of new skills and helps the children control their own body. At this stage, children also gain practice in controlling different objects.

Games of this type appear around two-and-a-half to three years of age. Although fantasy is an element that is present in children’s games throughout childhood, it is at this stage that symbolic play starts to emerge.

Role playing and imagining functions for objects are typical at around three years of age. At this stage, the child sees unlimited potential in almost everything.

During this stage, children have greater mental ability to build complex structures, which they may play with happily for hours on end.

By the age of seven, children have developed most of their physical and mental abilities. But their social skills remain to be perfected. Therefore, this stage of childhood play focuses around social interaction.

Children of this age group play according to rules, form groups with other children based on adult-like interactions, and are capable of initiating sports or board games.