Do Children Behave Worse around Their Parents? 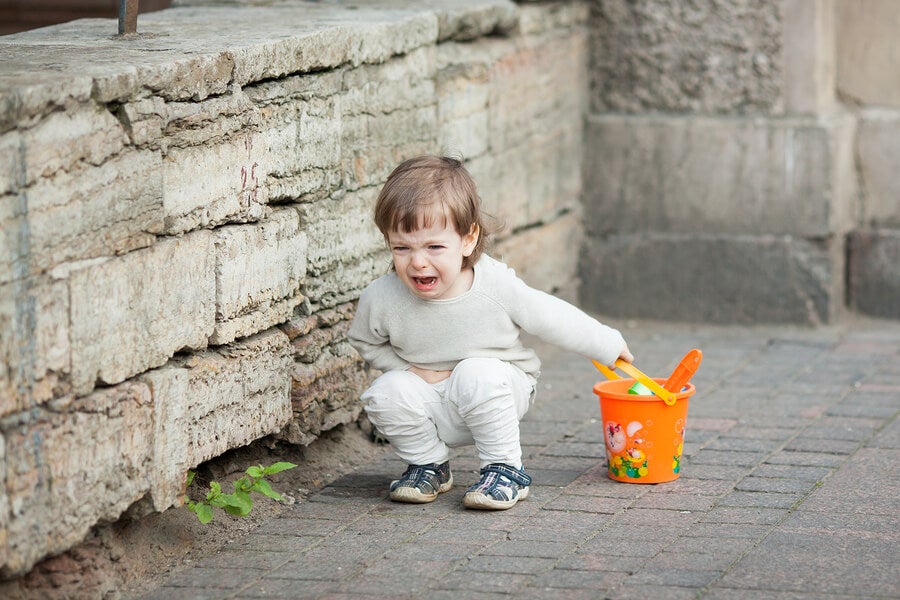 It’s likely you’ve noticed that children can behave like little saints outside the home, but at home the situation can be completely different. Do children really behave worse around their parents?

In this article, we’ll provide an in-depth examination of this subject and try to explain this shift in behavior.

Although it can be disheartening for many mothers and fathers, this situation happens often, and for a variety of reasons. It’s particularly evident when parents leave their children with their grandparents, uncles, aunts, or even nannies.

When they come back, they’re ready to hear about how badly their kids behaved, or the tantrums they threw when a meal wasn’t to their liking. However, they often find that none of these things actually happened.

In fact, the reviews turn out to be glowing, with the kids having behaved impeccably. It’s then that the parents begin to question things, including their own child-rearing skills.

Why is it that some children behave worse when their parents are around?

Reasons why children behave worse with their parents

First of all, we have to consider that the bond between a mother and her child is unique. As a result, the child will be able to express their emotions more freely and openly with her than anyone else.

This means that the child may keep their behavior a little more in check around people less familiar than their parents.

Furthermore, there is also a need for attention that cannot be ignored. Through crying, complaining, and even bad behavior, the child gets what they always crave: their mother’s attention.

This can even include negative attention, since much bad behavior is met with scolding. However, a child consistently acting out to get their mother’s attention isn’t natural. It’s something that requires swift correction.

Do kids behave better with their fathers?

Another common element is the fact that children often behave better with their father than with their mother.

There are many theories on this subject. One is that they spend less time with him, which motivates them to enjoy it more. Another states that mothers “impose less authority.”

In reality, this has a lot to do with what we’ve already talked about. By being the person closest to them, the mother becomes someone the children trust completely.

This, of course, makes them feel they have the right to demand what they want in a way they wouldn’t with anyone else.

Mothers are the people children turn to when they need something. In addition, if something is bothering them, seems unfair, or makes them uncomfortable, they’ll be sure to let her know.

Poor behavior can become the method of choice for dealing with these situations.

How to deal with kids behaving badly

Now that we’ve looked at the causes, the question remains. How can parents handle these situations? The following suggestions may be of help to those who find themselves in these circumstances.

Offer them time and attention

This is the first step toward establishing a healthy relationship with your little ones. Spend time with them, help them with their homework, and of course, have fun together.

Another method that may prove useful is to let them be a part of the decision-making process. Often, kids behave worse with parents because they aren’t getting the space they need.

With this in mind, it may be a good idea to ask their opinion when buying them clothing, picking meals, or selecting extracurricular activities. This way, they’ll feel valued and heard.

“Through crying, complaining, and even bad behavior, the child gets what they always crave: their mother’s attention.”

If you enter into a power struggle with your children, you’re only deepening the problem.

It’s an even worse idea to tell them they only behave badly around you, as this may make them believe they have a way of manipulating you.

Instead, maintain your calm and lay out peaceful resolutions whenever conflict arises. Keep a positive and proactive attitude.

The two preceding recommendations don’t mean that you should simply accept bad behavior. You need to establish clear boundaries, and explain that there’s no choice but to accept them, and that tantrums won’t lead to anything good.

While it’s good to remain open to negotiation on certain subjects, there are others – such as homework – where this is not an option. Although it may be a challenge to make your child understand, you simply must.

It’s a common thing to see children behave worse around their parents. The important thing in these cases is to provide appropriate and prompt responses.

This way, you’ll avoid unhealthy wear and tear on your relationship with your kids.