When Do Children Feel Modesty?

One of parents' responsibilities is teaching children about their bodies, their first questions about sex, etc. It's best to answer these questions simply and honestly. Keep reading to find out when children feel modesty. 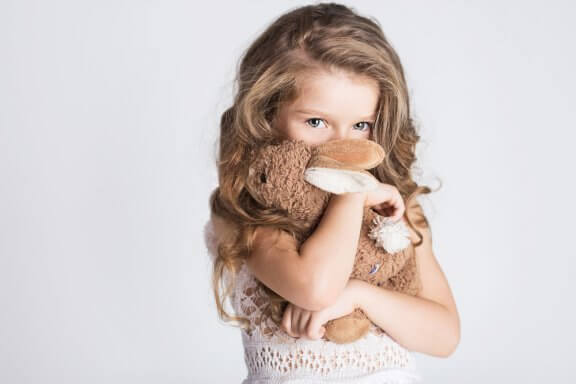 An important responsibility that parents have is teaching their children about their bodies and to protect their privacy. When children feel modesty, it’s important to respect these feelings.

Modesty in children is an indicator that they’re becoming aware of their body. In addition, they’re noticing the differences between sexes.

It also shows that children want to have control and make their own decisions. There may be a mixture of autonomy and shame. It starts to appear when children are around three or four years old.

Around this age, children start to understand what their bodies are like. Parents have one of the most important tasks to help their children with their future.

Knowing the differences between bodies and showing them limits will teach them to take care of themselves. In addition, they’ll learn to respect themselves and increase their self-esteem.

When children feel modesty, it also helps them learn independence. They start building autonomy when they realize they can do well in certain situations on their own.

One of the first things might be allowing children to go to the bathroom alone, but make sure to still be supervising close by. If they know they can clean themselves on their own, they get a boost of confidence.

When taking a shower, you shouldn’t leave young children alone. You can leave the curtain open a little, and let them wash and dry themselves if they can do that on their own.

Kids can also dress themselves, as long as you supervise them. Wearing underwear while doing other tasks in the room is very helpful for their independence. At the pool or the beach, you must respect your child’s desire to change in closed places or covered with a towel.

Children feel modesty with the family or at school

When children go to relatives’ houses and want privacy to go to the bathroom, shower or get dressed, you have to give it to them. It’s a good idea to talk with their grandparents, uncles or cousins about the stage they’re going through.

As always, the priority is to take measures to protect them, trying not to affect their privacy. You can talk to the people who will be temporarily in charge of them to explain what they feel and what you do at home.

Additionally, you’ll need to take action at home with siblings or school friends. Your child may want to be alone when he changes. If that’s not possible, at least try to make sure that everyone in the room is of the same sex.

When they start to feel this way, it’s not a good idea to look at the areas they want to hide. We recommend handling this naturally so that your child knows that this is a normal process.

Kids’ curiosity about sexology begins around age two. At this point, children normally ask where they come from. However, children don’t feel modesty just yet.

Children feel modesty by age four. They start to experience shame, and this mixes with their desire for autonomy. In addition, they don’t want strangers to look at them. Also, they don’t like physical exams or questions about their bodies.

If you bathe your children at home, this is the time to stop. The goal is to establish limits and preserve their privacy. Otherwise, they can get confused about what’s normal and not normal.

After six years, children won’t allow their parents to be in the bathroom with them. They already understand the roles that men and women have. Around age nine, children generally have friends of the same sex and start to become interested in those of the opposite sex.

When children feel modesty, it’s a completely normal process. It progresses according to age, and it goes through different stages. Finally, the important thing to keep little ones calm is to show that this is completely natural, and that they have your full support.

Separation Anxiety: How to Deal with It
What affects can separation anxiety have on parents and children? Learn to recognize them, and find out how to treat them. Read more »
Link copied!
Interesting Articles
Tips for raising your child
Baby Bath Accessories to Make Bath Time Easier