When Children Ignore or Mistreat Their Parents

When children ignore or mistreat their parents constantly, there's something that needs to be fixed. Educating children from a young age is key to preventing problems later on. 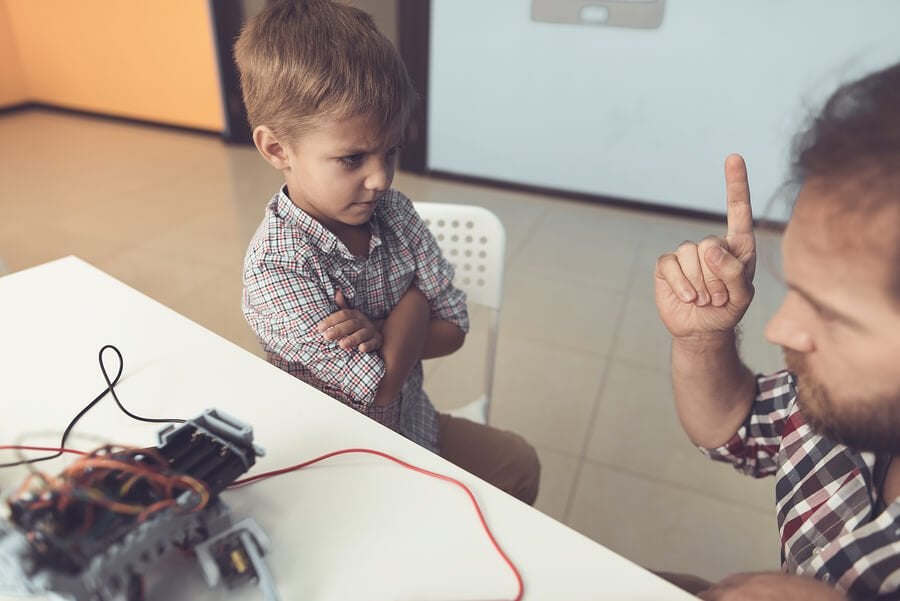 The attitudes of children who ignore or mistreat their parents

Children with this challenging behavior towards adults typically present some of the following actions in different circumstances:

Why do some children ignore or mistreat their parents?

Like any sort of behavior in children, this issue can have a wide variety of causes. It depends in great measure on the child’s character, education and environment. However, if this attitude is directed towards just one parent in particular, it’s a sign the child may harbor negative feelings towards this parent.

This may occur simply because the child prefers the parent with which he or she spends more time. It may also be because a little one is upset or offended by something that happened. Whatever the case may be, the best thing to do is talk with the child and try to figure out what’s going on.

At the same time, some children are particularly challenging in that they are short-tempered, spoiled, and prone to talk back. These behaviors are usually the result of social issues, rather than biological. No child is “born bad.”

These children exercise a sort of psychological violence. They inflict pain and suffering on their parents, in order to place themselves in a position of control. When this issue goes on for a prolonged period of time, it often turns into what’s called Little Emperor Syndrome.

Parents need to make a point of maintaining their authority and exercising it in these situations. Otherwise, the child may reach adolescence believing that he or she has power over them. This can become a very serious problem.

How to deal with this problem

The way that parents should react to these behaviors should vary according to the child’s age. Below we’ll discuss how to address this issue with babies, toddlers, or older children:

Children under the age of two don’t comprehend a lot of everyday situations. It’s best that parents not force them to do anything they don’t want to do. This may only end up reinforcing the negative behavior.

Rather, try to do just the opposite. Shower your child with care, affection, kind words and positive rewards. These will help your child develop a positive relationship with respect and closeness.

“Children who ignore and disrespect their parents exercise a sort of psychological violence. They inflict pain and suffering on their parents, in order to place themselves in a position of power and control”

Children between the ages of 2 and 3

A mistake that many parents make with their children is arguing with them as if they were adults. Instead of doing this, it’s best to stand your ground. Of course, you should do this in a loving way and offer explanations.

This way, over time, the child will understand that everything a parent demands has a reason, and will obey. This will be especially true when the child understands that obedience is to his or her benefit.

Children over the age of 4

In these cases, when a child has already started school, it may be helpful to evaluate the little one’s behavior at school. Furthermore, this environment may help to promote positive behavior that can then be transferred to the home.

By this point, children are more aware that their actions have consequences. Therefore, the child-raising techniques that parents employ at home should emphasize respect towards parents and other authority figures.

At the same time, this is a good moment to deepen a child’s emotional education. A key value here is empathy. Children should learn to recognize that their words and actions can hurt others. This includes the people they love – even their parents.

Without a doubt, when children disrespect their parents, it’s important that parents reinforce their authority. But this doesn’t mean you have to be authoritative or apply punishments, and much less, violence. Rather, give your child the daily education and affection that every child needs and deserves.