Growth in Kids: When Do They Stop Growing?

Few things are more satisfying for parents than watching their children grow, develop, and go through different stages of life. Do you know when kids ultimately stop growing? 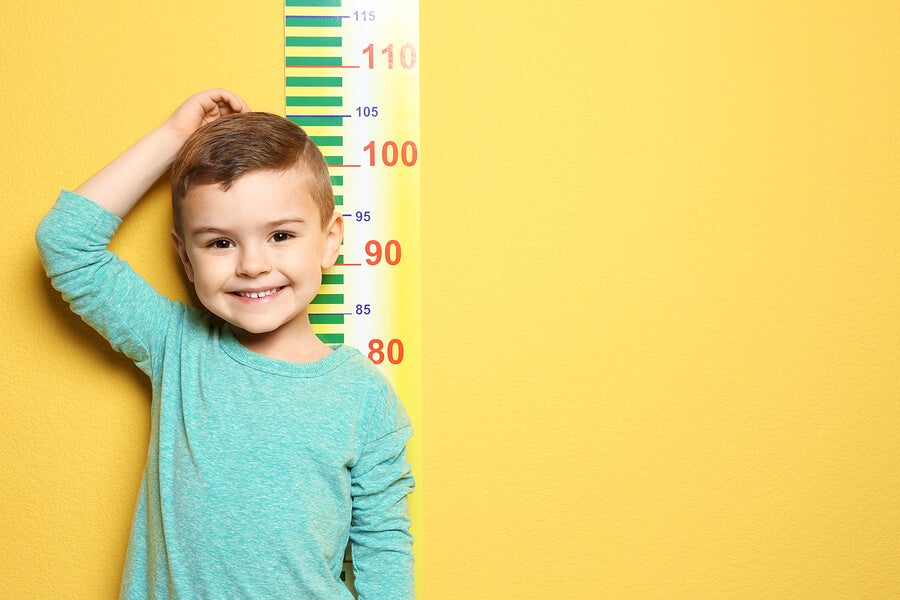 From birth until the end of adolescence, kids grow almost non-stop. There are various factors that can influence their growth and development. Different aspects in their life will determine at what age they finally stop growing.

Firstly, it’s important to clarify that while height is a fundamental component of growth in children, it’s not the only one. You can also think about how they gain weight, their muscle mass increases, and other physical changes that occur during puberty.

Keeping this in mind, we’ll explain in detail why children grow for as long as they do. Additionally, we’ll take a deeper look at each phase of their development.

Factors that determine a child’s growth

As we’ve mentioned earlier, there are several innate and external factors that will influence the development of a child or teen. Of course, these can be either positive or negative.

Next, we’ll show you the most important aspects that influence this process:

Boys don’t grow the same way that girls do. This has to do with certain genetic issues: hormone differences between girls and boys mean that some phases, like puberty, will happen earlier than others.

On average, boys generally grow to be taller than girls. However, women will reach their final height before boys.

Genes play a large role in this process. Therefore, certain ethnicities or people from a certain geographic region, such as in high altitudes, have innate characteristics that boost or reduce their growth.

Of course, a healthy and balanced diet is crucial for growing children. Children who grow up in areas with poor conditions could be malnourished. This could seriously compromise their physical development.

Did you know that the growth hormone somatotropin is produced while you sleep? This is why sleep is so important. It’s also the reason why little ones need more sleep than adults.

Sleep is necessary for children’s bodies to carry out their basic processes while they’re still growing. Therefore, it’s a good idea to make sure your child gets enough sleep.

Physical activity, whether it be from games or sports, helps bone development and stimulates muscle strengthening and growth.

On the other hand, some diseases, which could become chronic – heart disease, celiac disease or growth hormone deficiency, for example – have the opposite effect. In other words, if your child suffers from any of these, it will affect their height.

“Boys don’t grow the same way that girls do. This has to do with certain genetic issues.”

At what age do kids stop growing?

As long as your child doesn’t have any of the negative conditions we mentioned above, there is a “normal” age for children to stop growing. This growth process usually ends when they’re around 18 or 21 years old. At this age, the adolescent will have experienced the following physical changes:

Children physically develop very gradually. In their first few years of life, their motor skills and cognitive abilities will especially grow. Children learn to move around, express themselves, and relate to the world.

During childhood, they seem to stop growing for a little while, then grow rapidly. This may scare some parents. However, this is all completely natural.

The most noticeable changes occur during puberty, which in boys happens between ages 10 and 15. This is when some of the physical changes we mentioned earlier begin to take place. The transition to adulthood will have already begun.

Finally, at about the end of adolescence, their development will slow down. When they’re 20 or 21, they’ll have finished growing. Naturally, this age can change from person to person because not everyone grows at the same pace.

Ultimately, you shouldn’t ignore the psychological and emotional aspects of this process. The growing process may make kids concerned.

It’s important that as a parent, you use your wisdom to make your child feel calm and confident about his or her transformations and uncertainties.