The Stages of Children’s Drawing Abilities 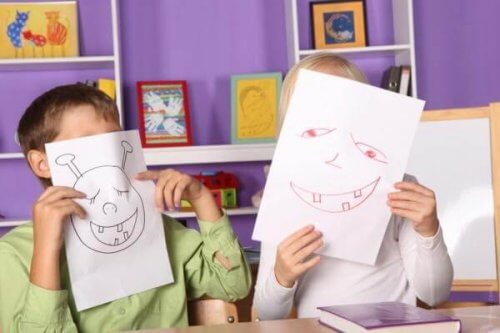 Since the beginning of time, drawing has been a way for humans to express themselves, and it’s a skill that we pick up early. Children begin to create shapes from a very young age. Like any other activity, children’s drawing abilities go through stages that correspond with their growth and development.

Regarding the stages of children’s drawing abilities, this development occurs in two ways. First, it reflects cognitive development. As children recognize objects, they memorize them and learn their shape. They’re then able to transfer this knowledge onto paper, or, in the worst-case scenario, onto the walls.

Second, children begin to develop fundamental fine motor skills. These require the use of the small muscles in the hands and forearms for activities that require greater precision and refinement. Drawing is, of course, one such activity.

Characteristics of the stages of children’s drawing abilities

This learning occurs gradually. Next, we’ll review the stages that a child goes through until he fully develops his artistic ability as a drawer.

The scribbling stage occurs at approximately 2 years of age. At first, when the child doesn’t pay attention to what he’s doing, we call it uncontrolled scribbling. He doesn’t control his movements and doesn’t try to represent anything in particular with his drawing.

Later, around the age of 3, he’ll arrive at controlled scribbling. Although he’ll continue to make shapes, his coordination will begin to improve and he’ll have a little more focus for directing the pencil.

Children usually attribute names to the shapes they make, even though they don’t resemble a “dog” or “house” whatsoever. This is why it’s also called “fortuitous realism.”

In the last phase of this stage, the child will begin to scribble with purpose. Here, the child aims to draw a certain situation or object, and this is called “frustrated realism.”

Although what’s drawn on the paper may not look like what the child says it is, at least he produces shapes according to what he intends to draw.

This occurs in children between the ages of 4 and 7 years old. At this time, the drawings begin to have more recognizable forms. Generally, the child tries to draw human forms to represent himself or his family doing some activity.

Something remarkable about this stage is how drawings cease to be isolated things and begin to have a certain organization. A horizontal line represents the ground, and the sun and clouds appear above, in the sky.

In addition, colors appear. They look somewhat realistic, although this depends mostly on the preferences of each child.

“In the pre-schematic stage, after the age of 4, the drawings begin to take on more recognizable forms.”

As the name implies, the goal at this stage is to be as faithful to reality as possible. This stage generally occurs between 8 and 12 years old. Children incorporate aspects such as superposition, 3D and the details of each object.

The drawings are no longer just 2D productions with the feet, ears and nose in profile, nor are there transparent walls or bags that we can see inside.

As the child grows, his precision for coordinating movements improves, and so does his ability to draw.

During all these stages of a child’s drawing abilities, it is important for children to have what it takes to develop the right skills. Here are some tips to enhance this process:

First, it’s useful to leave paper and pencils within reach so that children can use them when they feel like it. If the children are supervised, you could also offer tempera paint and water colors for additional creative possibilities.

It’s also essential that you support and encourage your children to improve in their drawing abilities. Never judge or criticize their work, and remember that they’re doing the best they can. It’s okay if children simply draw for fun.

Take interest in their development

The stages of children’s drawing abilities are a true reflection of their development and maturation. In addition, this activity also allows children to express their feelings. Through drawings, children express their likes, interests, perceptions and desires.

Taking into account all the comments, it’s now time for you to give your children the materials they need to sit down and create. If you already do this, pay attention and try to identify what stage they’re in. And you can have fun too! 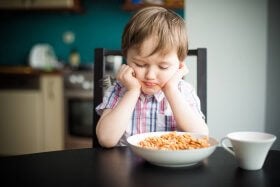