Most Common Accidents Among Children

When children start to walk, the risk of accidents increases, both at home and at school. There are situations you'll want to avoid. However, keeping an eye on them will be the best solution for unexpected surprises. 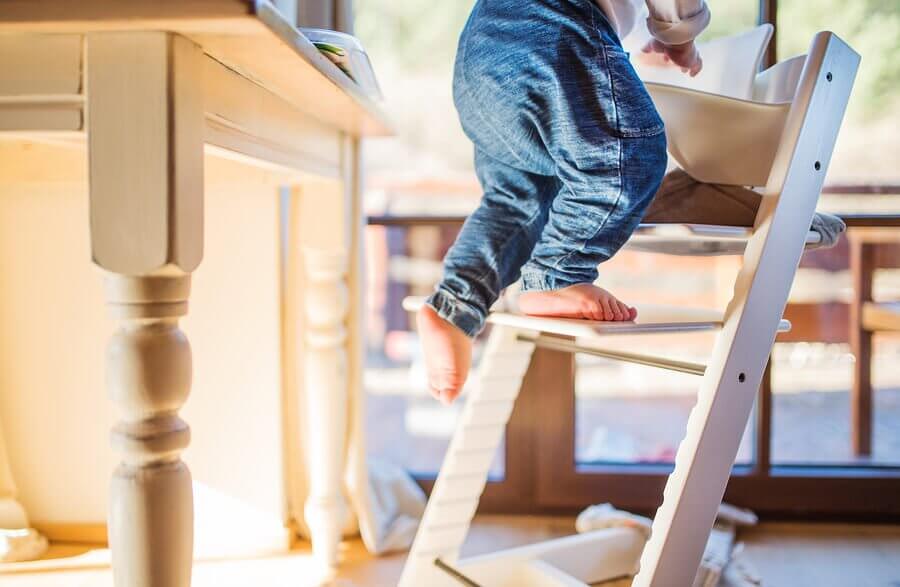 Children are restless by nature. They want to see, hear, feel, and know everything. In addition, they’re always moving. This energy isn’t just a sign that they’re healthy and getting smarter, but also a big risk. To avoid problems, it’s good to know the most common accidents that kids have.

Most children never seem to stop moving. In the first months, they move their hands and feet constantly. They also learn to roll over and crawl until they take their first steps.

In those first few months of life, children begin to experience the independence of their first steps. In addition, they can start crawling or walking with support from furniture or walls.

It’s in that moment that parents start to watch them more. In the blink of an eye, kids can suffer from many types of accidents.

The most common accidents among children cause scratches, cuts, bruises, or sprains on hands, feet, legs and arms. They take place at home or at school. In addition, they happen where kids are exposed to animal or insect bites.

At school age, the risk increases again. In schools, despite care, there’s a greater chance of suffering accidents. There could be danger in classrooms, the playground, or other recreational areas.

Most common accidents among children

For children under 6 months, the most frequent accidents are falling from high places.

For example, they could fall off the bed or a different piece of furniture. This can also happen inside the car or blows from traffic accidents. Other less common accidents are burns and choking from food and objects.

From 6 months to 3 years, accidents increase. When children are growing, they start to move more. For example, they crawl, stand and walk. They also begin to take their first steps, and accidents come with them.

By moving a little more independently, children are exposed to more dangers. For example, touching hot objects or suffering shocks from electrical outlets or cables.

When they start walking, kids are more susceptible to falling down stairs. This can be very dangerous for them.

Meanwhile, while interacting with their environment, they can slip and fall or get bit by insects and animals.

Poisoning themselves from common household liquids is also a risk. Because they’re so curious, children can drink disinfectant, chlorine or chemicals. Drugs that are stored in drawers or on the table are another source of serious danger.

Other frequent accidents are cuts from kitchen knives, scissors, needles, etc. They could also choke on sweets, nuts, and hard foods like olives and chicken bones, among other things.

“Of all accidents, the most common ones cause scratches, cuts, bruises, or sprains on hands, feet, legs and arms.”

All of these accidents usually happen at home. As we’ve seen, they can also happen at school or day care. Most of the time, kids are always being watched by adults in these places.

It’s precisely the lack of prevention that leads to an increase in accidents. What are the most common accidents with children? The ones that happen due to not enough precaution.

Therefore, constantly supervising children is essential to offer the best protection at this age. As you know, it’s hard to predict what kids will do.

Caution at home and at school

At home, it’s important to use outlet covers to stop kids from touching them. Also, keep cleaning products, medicines, sharp objects and other risks out of kids’ reach.

It’s also important to protect the stairs, rails and doors to prevent dangerous falls. We recommend having a first aid kit in case of accidents. Also, keep a list of doctor and emergency phone numbers handy.

In school, avoid playing violent games and running indoors, in the classroom and hallway. Also, teach them to open doors slowly and carefully to not hit anyone. Finally, keep them from climbing on tables and chairs.