What Are The Advantages of Dressing Siblings The Same?

Some parents love to see their children in the same outfits, even if they're of the opposite sex. Others are more discreet and do this only on special occasions. Lastly, some don't agree with this practice at all. 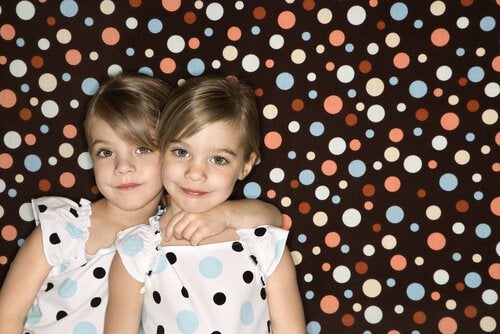 Something that’s very in right now is dressing siblings the same. Many clothing lines for children have even started to put out clothes with this motive.

Fashion has permitted siblings to look the same regardless of gender difference, which is something quite interesting. However, we still wonder what the real advantages of dressing siblings the same really are.

Even though this has become very popular lately, it’s always been a trend. In fact, people have been doing it for years and it’s become quite controversial. Some people disagree with this and think it’s completely wrong.

Let’s see what some experts have to say about this topic.

What are the advantages of dressing siblings the same?

Some parents enjoy dressing their children in the same clothing items because:

What are the effects of dressing siblings the same?

Some people think that this style goes against the formation of each child’s personality since it’s linked to the development of their image, self-esteem and self-concept.

This also affects individuality because the image that the child shows on the outside looks exactly like his sibling’s. They look identical and it becomes very difficult to tell them apart. On the other hand, if the child wore different clothes, he’d probably feel more special and unique.

Disadvantages of dressing siblings the same

The negative part of dressing siblings the same is that it represents a greater expense than buying different clothes for each one of them, especially if it’s a large family.

Additionally, when parents do this, they transmit a negative concept of how their children should express their own personal style and personality.

Also, the distribution of clothes can become an issue because the outfits are bound to get mixed up.

Outside the house and on extreme occasions, children can become victims of bullying because of this. This usually happens when parents dress brothers and sisters the same way. For example, other kids might start teasing the girl because she’s dressed like a boy and vice-versa.

First off, if you’re a parent and you want to dress your kids the same, you must recognize that it’s all you. You’re the one who wants them to look the same.

If you happen to be with them while shopping for clothes and ask them what they like, they’re more than likely going to pick different outfits.

In this sense, it’s best to avoid dressing siblings the same, or at least only on special occasions. You also have the option of dressing them the same but in different colors.

Make shopping fun by letting your children give you their opinions and letting them choose what they want to wear. By allowing them to do this, you give them the option to express their creativity and their individuality.

In addition, you’ll be teaching them to be committed to their body and image. With this simple action, your children will feel more confident.

When children pick outfits they really like, a sense of responsibility starts to bloom in them since they’ll obviously want to take care of them. They’ll feel more autonomous and, believe it or not, this can help them become more decisive and fearless.

Last but not least, your child will feel accepted, respected and valued by you. So it’s time for you to decide if you’re going to dress them all the same or if you’re going to let them express their distinct styles through the clothes they wear.