Entrepreneurial children can inspire us with their ingenuity and commitment to expressing their ideas. In this article, we'll look at some truly incredible modern success stories. 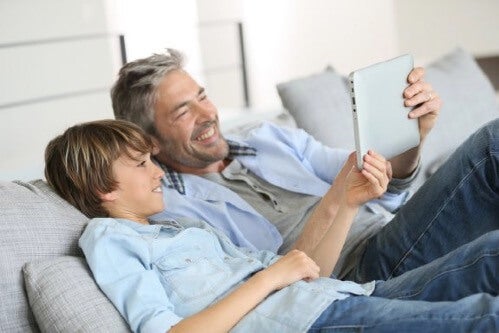 For many, entrepreneurship has become a way of life, with enterprising individuals using tools like the internet to help their projects grow on a massive scale. This doesn’t just apply to adults – some very clever and entrepreneurial children with big ideas have decided to write their own success stories.

There are no age limits when it comes to setting and achieving goals. Kids learn very quickly, sometimes at rates that are truly incredible.

Many of these entrepreneurial children start showing signs at a very early age, starting with small ideas for creating businesses, be it a lemonade stand or, with the rise of technology, web-based projects.

Entrepreneurship isn’t easy. Children have to learn about the difficulties that can arise along the way, as well as how to deal with both success and failure. In this article, we’ll take a look at some stories of entrepreneurial children who started their own businesses at an early age.

At age 12, Charles Orgbon created a website to encourage recycling. This later grew into a more substantial project called Greening Forward. He’s currently studying at the University of Georgia and manages his company’s operations throughout the state of California. His website is one of the most important in the field.

With the help of his father, Evan launched his own YouTube channel, called EvanTube, at just eight years old. He uses the platform to review various toys and comment on subjects of interest to kids his age. It’s clear that his sense of style and taste have helped it grow quickly online.

At just 14, Robert Nay created a game for smartphones that rose quickly on the Apple App Store rankings. Called Bubble Ball, his game shockingly surpassed the world-renowned Angry Birds, and earned him plenty of money in the process.

Christian Owens got his first computer at age 14, and promptly taught himself about web design. That same year, he founded Mac Bundle, which offers simple web design packages. Currently, it’s an established company offering a variety of design services.

She’s now 23, but when she started her business she was just seven. At that young age, she wrote a book with the theme of encouraging kids to be creative to help make their dreams come true. Now, this young woman holds conferences and writes essays, stories, poems, blogs, and books.

When Adam was 14 years old, he joined forces with some friends to create the social networking platform called Dubit. After it became one of the most popular sites in the United Kingdom, he decided to create Crisp, a software company that protects kids when they’re surfing the web.

Cameron was 11 when his parents asked him to make some invitations for a neighborhood party. The attendees congratulated him on his invitations and began to give him work.

Building on the success of his designs, he founded the company Cheers and Tears at the age of 14, dedicating himself to online advertising and software development.

With the variety of tutorials available on platforms like YouTube, kids can easily learn a wide range of skills.

What began as a lawn-mowing project when Emil was 9 turned into Motycka Enterprises by the time he was 18. Due to the responsibilities of teenage life, he had to put in night shifts, but he stuck with his idea and managed to establish his company.

The Cook siblings wanted to make new friends at school, so they decided to create My Yearbook, which would eventually evolve into MeetMe. This site was used by children from different schools so that everyone could connect and meet new friends. The project predated the massive popularity of Facebook, and still exists today.

Children can be incredibly resourceful and creative. What’s essential is that parents support them in this process so they can pursue their ideas and make their dreams come true.

Entrepreneurship is currently on the rise, so we can expect more projects from precocious entrepreneurial children in the years to come.

The Importance of Teaching Children The Value of Money
Parents need to prepare their children for the future. In this article, we'll show you how to teach them the value of money. Read more »
Link copied!
Interesting Articles
Tips for raising your child
The Importance of Meeting Your Child's Tutor