Germanic names often denote strength, courage and restlessness. Why don't you name your son after one of the great Germanic warriors? 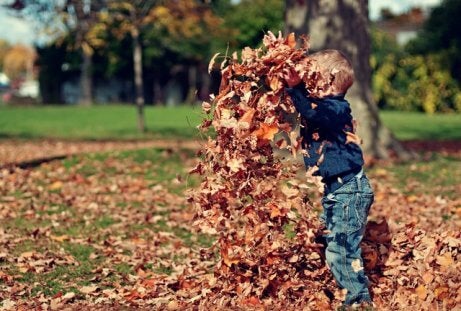 We’ve all heard about the Vikings. Cruel warriors, great adventurers, and excellent strategists whose legends live on.

Many people decide to give their children names of Scandinavian origin. What few know is that these Germanic names represent much more than how they sound.

Unlike the Scandinavians, the Germanic stories are less known. They were also great fighters, and their language led to languages like English and German. They had their own gods and legends, and they’re an important part of British culture.

In fact, the Anglo-Saxons hired Germanic mercenaries thanks to their reputation as brave men. Their independent spirits became clear when they rejected the orders of the island’s leaders. They created their own kingdoms and settled in the south.

Germanic names reflect qualities such as decisiveness, determination and independence. Forget about typical names. It’s time to leave behind old habits and start a new legacy!

This name means “brave.” It’s a variant of the Spanish name Fernando, although it’s much less common. If you call your son Herman, be sure that he won’t be afraid of being different. He’ll face conflicts head-on and won’t stop fighting for injustices.

Another etymological root relates this name to fer- and nand- (free and owner) that together make the word “owner of their freedom.” Herman will be a child who will defend his independence as well as other people’s rights.

“I do not know your name, only your gaze which tells me it.”

Hugo is one of the most famous Germanic names for children. It means “wise man.” Many believe that it’s associated with intelligence, both mentally and spiritually. Calling a child Hugo gives him peace, serenity, and culture.

Your child will be bright, as well as passionate about knowledge. If there is a name that is beautiful, common and full of good vibrations, it’s Hugo.

This name is derived from the Germanic name Clovis. Fortunately, Koldo is much more elegant and refined. In parts of Spain, such as the Basque Country, Koldobika is a very common name. It was banned for many years. However, nowadays, there is nothing stopping you from using this name.

It means “brave warrior.” This promises your son the originality and strength to go on adventures. Who wouldn’t want to give their son a name full of history and greatness?

Oh, Leonard! Despite what you may think, this name doesn’t come from any Romance language. It means “he who is strong as a lion.” When you think about it, surely you think of the name Leonardo Da Vinci. He was one of the greatest artists of the Renaissance.

Naming your son after one of the great painters, thinkers and designers can only bring good things. In addition, it will make him even more unique.

Arnold means “he who has the power of the eagle.” This animal is one of the symbols of absolute power. In fact, it was Germany’s symbol throughout many stages in history. It has always been related to power, elegance, leadership and freedom.

It’s not unusual to see it as the symbol of other countries. For example, it’s the symbol of the United States, the world’s leading power. If you want your son to be a great leader, determined and dedicated, Arnold should be your first choice.

There are many Germanic names for kids. Unfortunately, many people may have strong opinions against them. However, at the end of the day, the only one that has to like it is you. Each name has a special meaning and gives a uniqueness to the one who has it.

Give your child the opportunity to be different. Let him be aware of his own personality and not stick to established rules. Who knows, Herman or Koldo might be the start of a long line of brave, strong men who want to make the world a better place.