At What Age Do Girls Stop Growing and Developing?

The growing up of our children brings with it unforgettable memories for us as parents. The teenage years are a unique time period, and it often feels like each stage goes by too fast. 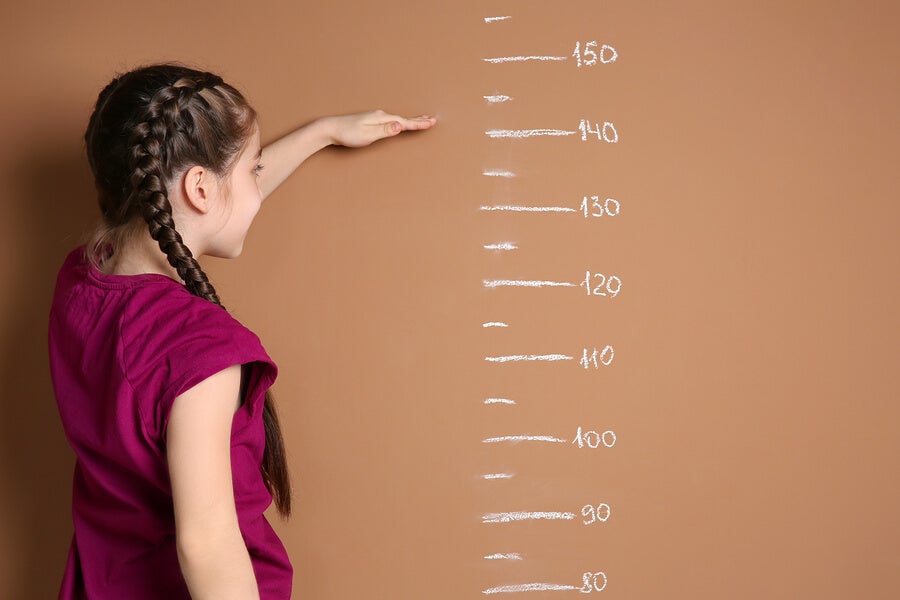 The complex periods of pre-adolescence and adolescence involve important physical changes. Physical growth is perhaps the most noticeable.

Did you know that the beginning of physical development during pre-adolescence and adolescence differs among boys and girls? Keep reading to find out more.

The particular characteristics of men and women’s bodies establish clear differences in the way they grow. The same is true for the time they take to develop. Interestingly, puberty tends to begin sooner in females, who experience the stage of development from an earlier age.

Before going into detail regarding each stage of growth during puberty and adolescence, we want to clarify that this not only refers to height. Growth also refers to weight, sexual maturity and even internal biological processes.

Differences in puberty for boys and girls

While puberty in boys tends to set in at around age 10, girls begin puberty approximately one year earlier.

This phase in the life of young women is determined by the appearance of what are called the breast buds. This term refers to a small nickle-sized lump of fatty tissue under one of both nipples. This marks the beginning of the development of the breasts, and thus puberty.

As a product of this development, women also begin to display secondary sex characteristics before men do. These characteristics include, primarily, the enlargening of the breasts and increase in body mass in young women. As for young men, it includes the appearance of facial hair.

Puberty ends at around age 13 in girls and around age 14 in boys. In both cases, puberty makes way for the following stage of growth: Adolescence.

“Interestingly, puberty tends to begin sooner in females, who experience the stage of development from an earlier age”

The beginning of adolescence for girls

During adolescence, hormonal regulation in young women changes. Their bodies begin to produce a greater among of goadotrophine (or GnRH), estrogen and progesterone.

They also begin to produce more testosterone – a hormone that is predominant in male bodies – but to lesser degree. These hormonal changes produce significant physical changes, for example:

Physical changes aren’t the only changes that occur in young women during adolescence. A girl’s emotions, feelings, and the ways she interprets the world and relates to others all change.

The coming together of all of these transformations produces a certain sense of instability. Therefore, it’s extremely important that young women have the support of their families.

Adult family members can help calm the insecurities that appear, logically, along with so many changes.

When do young women stop growing and developing?

Just as women begin their physical development earlier than men, this stage also ends sooner in women. On average, the stage of adolescence usually finalizes at around age 19. However, the end of adolescence may come at a younger age for some women, and at a later age for others.

It’s important to keep in mind that the genes a young woman inherits from her parents are not the only factor responsible in her development. Other factors that have an influence on the changes that occur during puberty and adolescence include:

To conclude, it’s common for both boys and girls to end their adolescence with increased height and weight. This is a natural, healthy transformation that is aided by hormonal changes.