At What Age Do Girls Stop Growing?

What are the most visible changes in young women as they grow up? At what age do girls stop growing? These are very common questions. It might make you feel more calm to find out the answers! 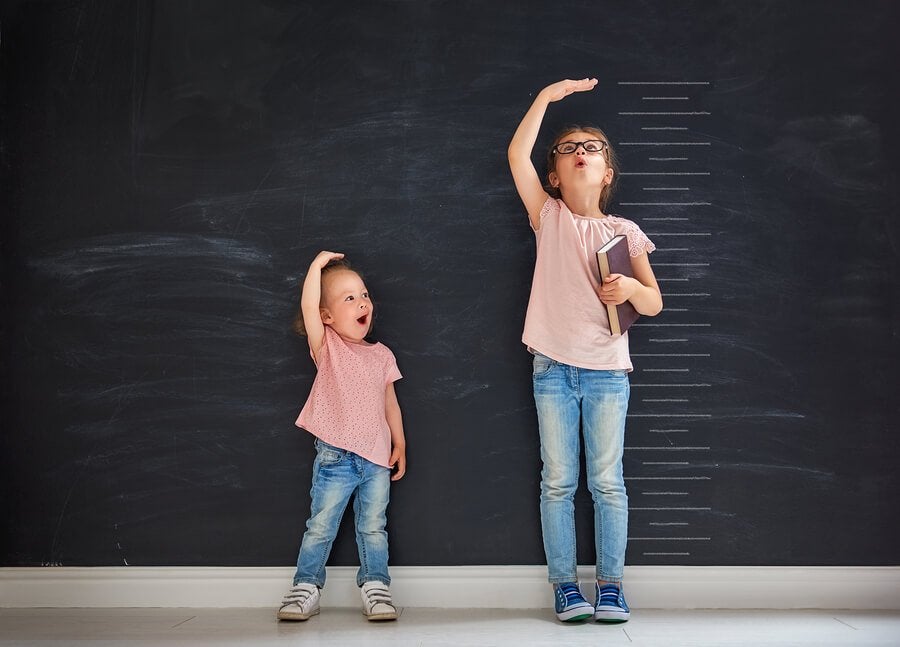 As young girls grow and develop, their bodies go through several changes and they slowly transition into a new, unknown world: womanhood. It takes time to adapt to a new body. It’s also normal to ask when girls stop growing.

Here’s some useful information for parents to know about this topic.

When do girls grow up faster?

Puberty is a stage that starts with a period of accelerated growth. During this phase, girls can grow about 9 inches. This happens between the ages of about 9 to 13. In some cases, girls can start even younger, around 8 years old.

On the other hand, puberty starts with the increase of hormone levels. For girls, it starts with an estrogen boost.

From then on, the reproductive organs start to mature to prepare the body for sexual reproduction. Despite this, it’ll be some years before young women are ready to be a mother.

Some of the most obvious changes in adolescence are:

How much do girls grow after their first period?

On average, girls grow between 2-3 inches in the two years after their first period. Even so, some researchers believe that girls that have a later first period, grow more. In any case, the famous growth spurt happens at the start of puberty.

In turn, puberty occurs with the development of breasts around age 8. The first period usually appears about 2 years later. When it arrives, puberty is almost over.

It’s not always correct to say that girls who develop earlier grow more. Although their growth is accelerated, they also stop faster. On the other hand, when growth is slower, it goes on for longer.

At what age do girls stop growing?

Although there isn’t an exact formula for when girls stop growing, there are some signs. With the onset of puberty, estrogen levels increase. As a result, growth hormones multiply and stimulate cartilage growth.

For girls, this happens two years after their first period. This happens around age 16 or 17. This is where the growing phase ends.

“Puberty is a stage that starts with a period of accelerated growth. During this phase, girls can grow about 9 inches.”

What to do if your daughter feels uncomfortable about her height

Some girls might be 5 or 7 inches taller than other boys their age. That’s when we usually ask ourselves when girls stop growing. This is because girls start growing earlier than boys.

In such cases, remember that no child grows at any rate for a fixed period. So, two girls can have different heights, even when they’re at the same stage.

As parents, you can help your daughter’s insecurities by following these tips:

Not all differences in growth point to a disorder. However, if you notice anything concerning about your daughter’s development, don’t hesitate to ask your doctor.

How to prepare your daughter for development

The first period can be stressful and upsetting to some girls. It can be especially overwhelming if they don’t understand it. It’s even worst if they don’t know anything about it.

That’s why parents play such an important role. As a mother, you must help your daughter see this time as something natural.

This is a sign that her body is working correctly. Also, over time, she can learn to tolerate its negative aspects.

Finally, try to motivate your daughter to accept her own rate of growth. Help her understand when she’ll stop growing.

Also, make sure to give her the emotional support that she needs. That way, she can feel more prepared to handle the feelings that emerge during development.