The Growth Spurt during Puberty

Puberty is a time full of changes that stand out in everyone's memory. To help you understand the complex process that your child is going through, we'll tell you all about the growth spurt in this stage of his or her development. 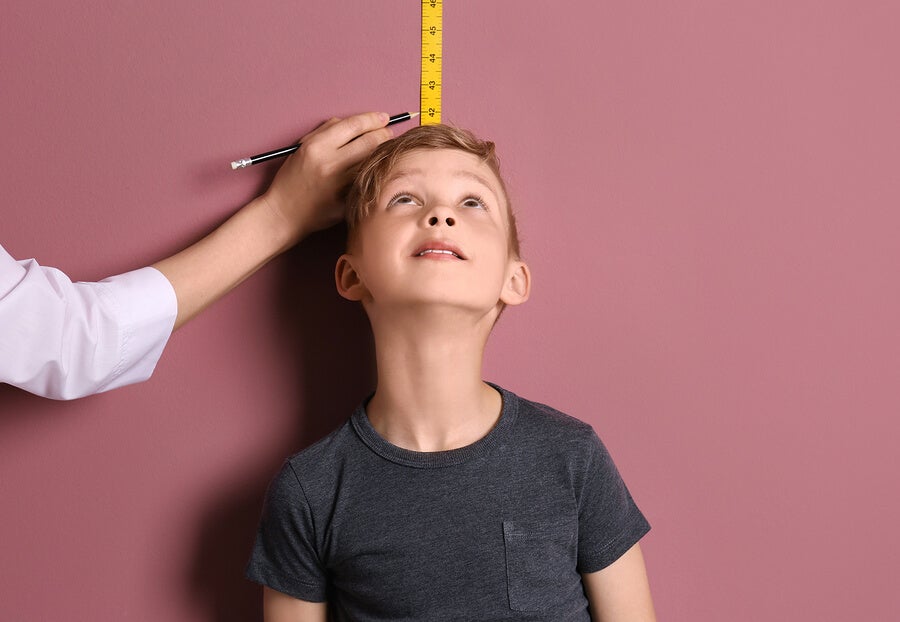 Among the many physical changes that teens go through is the great growth spurt during puberty. It’s a very prominent growth period in adolescence, characterized by a few different points that we’ll explain in this article.

In early adolescence, the first step in the journey from childhood to adulthood is puberty. It’s a time of deep hormonal changes which affect the child’s body and mind.

Among these transformations is a growth spurt. Your teen will grow considerably taller while also gaining weight and developing features that mark a significant bodily transformation.

At What Age Do Children Go Through a Growth Spurt?

This rapid growth usually happens in children between ages 9 and 14. It’s usually most common after they turn 10 years old.

There are certain physical phenomena in young people’s bodies that mark the start of puberty. Some of these features are increased testicular volume and the emergence of secondary sexual characteristics, like body hair.

For girls, the appearance of breast buds could be the starting point of this phase in their lives. Secondary sexual characteristics also appear.

Now, you shouldn’t confuse the menarche with the onset of puberty. Menstruation usually begins a little while after their genital organs develop.

Growth spurts during puberty are characterized by a significant period of fast growth. As time passes, this growth, which you can clearly see, will slow down until it stops altogether. This is when they’ve reached the height they’ll have for the rest of their life.

In girls, the growth spurt coincides with the start of puberty. In fact, by the time they get their first period, they’ll probably have already stopped growing. On the contrary, this phenomenon usually happens later on for boys.

Specifically, while girls‘ growth spurt more frequently occurs between the ages of 10 or 11, boys usually experience it between ages 12 or 13.

“Adolescence is an age of deep hormonal changes which have repercussions in the child’s body and mind.”

It’s very easy to see when a woman goes through this phase. It is characterized by the following physical alterations:

As it usually goes, growth spurts usually end first in girls. This happens when they are around 17 years old. On the other hand, men can continue this process until they’re in their 20’s, or even a little later.

Absence of a Growth Spurt

In addition to the significant genetic influence that this process has, there are also other factors that can slow down development. For example, the teen’s nutritional state, physical activity, and socioeconomic conditions.

In any case, it’s very important that parents are aware that this process is occurring in their child. If it hasn’t started by the time they are 13, it’s time to see a doctor. The help of your pediatrician will be very useful.

If the teen still hasn’t had a growth spurt by the time he or she is 16, you should consult a doctor. You’ll want to be sure that there isn’t any problem that stunts his or her growth. At this time, the parents should pay attention.

On the other hand, if the growth spurt occurs early, you should also pay attention. This could deregulate the growth, making it end too early. This could affect the size and height of the adolescent when he or she reaches adulthood.

Going through a growth spurt is a process that all teens experience sooner or later when they’re healthy. You should also be aware that each adolescent has his or her own rhythm and pace of growing. If there is anything not normal, be sure to consult your doctor.