When it comes to bringing up our children, it's especially positive to instill values like self-esteem, solidarity and the ability to solve problems. However, it's just as important to avoid being excessively overprotective and anxious. 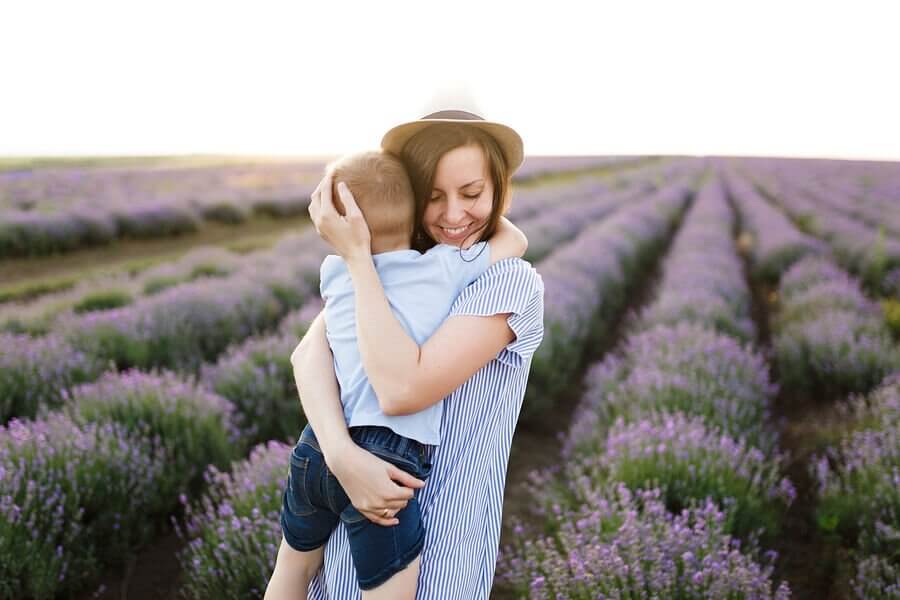 The way parents raise their children is very different today than it was 40 years ago. In this current day and age, parents have a tendency towards anxiety. This ends up being a problem when they’re so overprotective that their children can’t do anything for themselves. This phenomenon is often called “helicopter parenting.”

As parents, we always want the best for our children. However, some moms and dads mistakenly believe that this means “hovering” over them all the time. This sort of overprotection doesn’t allow children to learn from their own mistakes and experiences.

The relationship between helicopter parenting and their children

These parents use child-raising methods that are much too intensive and place too much pressure on their children. It’s a parenting method that produces high levels of anxiety, both for the parents and their kids. But the children are the ones who suffer the most.

In other words, parents place an excessive amount of attention on the needs and desires of their children. They’re ready and willing to assist them at all times and protect them from any risk.

A second model of overprotective parenting is known a “lawnmower” parenting. In this case, parents go ahead of their children, “clearing the way” for them. Their mission is to make sure that nothing gets between them and their dreams.

There are also other types of overprotective parents. On the one hand, you have mothers and fathers who will do anything to make their children into the genius the world is waiting for.

On the other hand, you have “bodyguard” parents. Bodyguard parents aren’t just overprotective, but are also extremely sensitive to any criticism of their kids.

All of these parenting styles employ similar strategies. They all have to do with solving their children’s problems for them and avoiding negative emotions. Unfortunately, as a result of these attitudes, children become dependent and insecure individuals.

While children are still young, the consequences may not be that evident. However, as they grow older, they turn into insecure and indecisive adolescents and teenagers.

Many times, parents exert overprotective attitudes without really realizing the damage they’re causing to their children. That’s why it’s important to become aware of certain behaviors and change them if necessary. In doing so, we can avoid long-term consequences.

Below, we’ll look at some tips to avoid overprotective parenting:

Allow your children to make mistakes

There is a strong tendency these days to prevent children from experiencing frustration. In the long run, this approach is counter-productive.

It’s important to allow our children to make mistakes. In fact, it’s the only way they can learn from their mistakes and make a greater effort on their next attempt.

Children who don’t learn to face their mistakes and deal with frustration early on tend to use excuses to justify themselves. They also tend to be less willing to make an effort to improve.

“Helicopter parenting is a very common phenomenon these days. It’s an approach to parenting in which parents involve themselves in every aspect of their children’s lives”

If you don’t wan to raise anxious and dependent children, then you must set out to promote their autonomy from a young age. Educating our children to be autonomous is key to helping them develop security and self-confidence.

A good way to help our children become autonomous is to assign them simple chores or responsibilities from the time they’re small. This will help them acquire skills, independence, and satisfaction in their own work. This will also help aid in the formation of their personalities.

Accompany your children without doing everything for them

Accompanying your children doesn’t mean you have to do everything for them. Rather, it means providing your support and being present in the learning process, offering guidance and security.

Let them make decisions for themselves and reinforce their self-esteem

Children need to know how to make good decisions and not just follow orders – even though respecting authority is important. Making the right choices on their own will reinforce their self-esteem and encourage them to do better in the future.

Over-protective parents with anxious, dependent children is a reality that is all too common in today’s world. Therefore, it’s important to raise awareness about the consequence of overprotection.

Peter Pan Syndrome: When Children Refuse to Grow Up
Does your son or daughter refuse to outgrow certain behaviors from childhood? You may be looking at a case of Peter Pan syndrome. Learn more today. Read more »
Link copied!
Interesting Articles
What should you know?
The Differences Between Convergent and Divergent Thinking