How to Help a Hyperactive Child 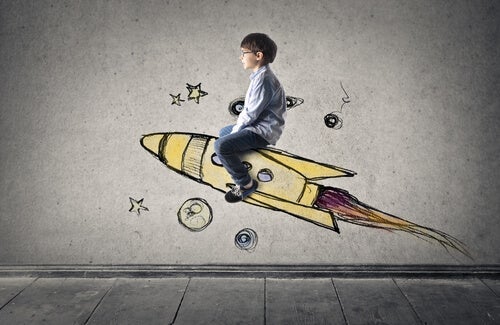 Hyperactivity in children seems to be an almost normal disorder nowadays. It is more and more common to hear parents and teachers complaining about having a hyperactive child.

Different arguments are used to explain this behavioral disorder, including excessive consumption of caffeinated beverages. As a result, consultations with psychologists and psychiatrists have increased exponentially.

However, it’s important to be very cautious when labelling a child as “hyperactive.” This could cause many problems for your little one.

It isn’t a big problem to have a truly hyperactive child or student, if they receive the appropriate treatment.

However, if the situation isn’t adequately managed, it can create a frustrated, insecure and stressed out child.

Some advice on childhood hyperactivity

A child that runs without stopping or moves constantly during a long trip isn’t necessarily hyperactive. The behavioral disorder manifests differently.

Many children are naturally restless, noisy, like to run, climb, and touch everything they see – this is normal.

The same thing happens with teachers. They lose patience because their class has five, six, or seven restless children. They may become exasperated and call the parents to suggest a consultation with a therapist.

If they study, sleep well, are happy, have friends, and play, then they’re just normal children that are restless.

How do hyperactive children act?

On the other hand, a hyperactive child is one with a constant restlessness that impedes the development of normal attitudes of children their age.

Some of the characteristics of hyperactive children include:

For these children, it isn’t worth getting mad at them. It’s useless to repeatedly ask them to stay quiet or finish their tasks before getting up.

They seem to listen, but in a few minutes, they do the same thing you just forbid. These symptoms of hyperactivity are technically called “attention deficit hyperactivity disorder” or “ADHD.”

How to help a hyperactive child

Daily control of children’s hyperactivity is a challenge for the adults responsible for their care and education.