Hyperactive Children: How and When ADHD is Diagnosed 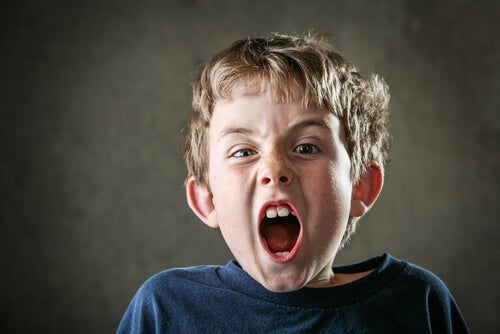 Hyperactivity is a behavioral disorder often diagnosed in children. Hyperactive children have an urge to move all the time, often for no reason. This means they may start tasks but not finish them, and are easily distracted by other activities.

Hyperactivity can get worse around other people, particularly strangers or acquaintances that the child does not know well. When children are alone, on the other hand, hyperactive behavior may subside.

Generally, along with hyperactivity, children develop problems concentrating and paying attention. Together, these symptoms are known as Attention Deficit Hyperactive Disorder (ADHD).

This disorder can be difficult to diagnose, so it is useful for parents be aware of the common signs. If you recognize any of these in your child, they may need to go for further tests.

Hyperactivity is much more common in children than you might think. According to some studies, it affects 3 percent of children under 7 years of age. It is more common in boys than girls.

As for the causes of this disorder, the scientific consensus has changed over time. In the early twentieth century, hyperactivity was attributed to a small malfunction in the brain known as lethargic encephalitis.

This was thought to affect the areas of the brain responsible for behavior, leading to frantic voluntary activity, impulsiveness and an inability to keep still.

In 1937, scientists discovered the therapeutic effects of amphetamines on hyperactive children. Based on the early theory, doctors prescribed medicines such as benzedrine, which stimulate the brain, and noticed improvements in their patients.

Signs of hyperactivity by age group

As children grow older, they develop different patterns of behavior which may be signs of hyperactivity. Hyperactive behavior is easy to identify. There are noticeable signs that can help doctors to determine from an early age whether a child suffers from hyperactivity.

Myoclonic seizures during sleep and problems eating. The child sleeps for short periods, and often wakes up suddenly. They may also be resistant to everyday routines. Sensitivity to auditory stimuli and irritability are also common.

Lack of maturity in speech, excessive movement, lack of awareness of risk. The child may be prone to accidents, as it is difficult for them to recognize when something is really dangerous.

Difficulty relating to other children, disobedience and inability to follow rules. When adults comment on their behavior, it is difficult to get them to pay attention.

Some of the characteristics of hyperactive children aged 6 and up are impulsiveness and poor results at school. At this age, the attention deficit becomes clearer, and the child may even have more difficulty relating to others.

Symptoms of children with ADHD

When hyperactivity is accompanied by an attention deficit and impulsiveness, doctors may diagnose Attention Deficit Hyperactive Disorder (ADHD). This is a medical condition which requires ongoing care and monitoring.

As mentioned, the main symptoms of children with ADHD are:

Not all hyperactive children have ADHD

Many children may present some of the patterns of behavior described above, which are characteristic of this disorder. However, this does not necessarily mean they have ADHD.

Young children are restless and impulsive by nature. Many little ones have trouble concentrating on tasks. These patterns are normal, within certain limits.

For a possible diagnosis of ADHD, a child must fit the criteria set out by the Diagnostic and Statistical Manual of Mental Disorders (DSM-5):

The most common pharmaceutical treatment for ADHD are stimulants, which help the child to focus better. Doctors may prescribe other medications if the child also presents psychotic traits.

In parallel, psychotherapy can help the child to integrate at school and at home. Finally, cognitive therapy focuses on exercises to help the child plan their actions and improve their internal language, known as self-talk.

If you notice any of these characteristics in your child, it is important to take them for tests. They may suffer from ADHD, or they may simply be going through a childhood phase.

Whatever the case, it is important to analyze their behavior and identify any patterns that are not normal.