Imaginary Friends: What to Do 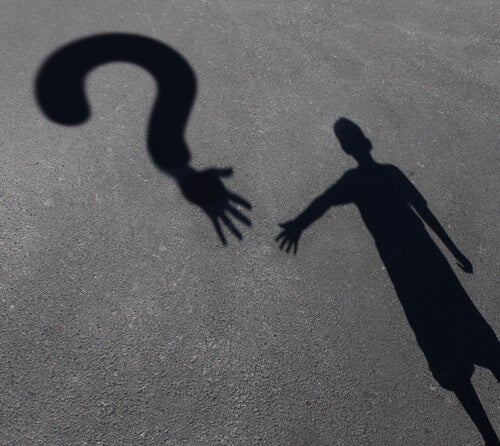 Imaginary friends are inseparable companions that know all of the mischief, secrets, and desires of children.

These friends never betray them and are always available to listen to them, console them, and accompany them, no matter what time it is or where they are.

Having imaginary friends during childhood may sometimes surprise some families.

It’s not uncommon for parents to think that if their child creates an imaginary friend, it’s because something bad happened to them or they are lonely.

This doubt as to whether or not the care they are giving their child is enough makes parents ask themselves an infinite number of questions, which often only worsens the problem.

In the search for answers, the same parents ask themselves if their child is the only one that has imaginary friends, or if it’s common among other modern children.

To clarify this and other doubts, keep reading.

What Are Imaginary Friends?

Imaginary friends are characters that aren’t real, live in a child’s mind, and appear and disappear according to the need of every individual.

Are They Consequences of a Mental Disorder?

Not necessarily because they are generally normal. These characters usually appear in the minds of children between 2 and 8 years old and disappear over time.

However, if you suspect that the arrival of your child’s imaginary friends isn’t normal, we always recommend that you consult a specialist. Ask a child psychologist because they are the ones that will be able to tell you with certainty whether it’s normal or a symptom of a disorder.

Does an Imaginary Friend Indicate Creativity?

Yes, imaginary friends are fantasies that children invent and where there are fantasies, there is creativity.

Imaginary friends are like dolls that have come to life, characters that are entirely made up, fictitious animals… they can have incredible “physique” and do things that no one else can.

What Should I Do with Imaginary Friends

Nothing, absolutely nothing. Imaginary friends shouldn’t worry adults, but rather on the contrary, it could be a great thing so that the child has a “companion” to play with and talk to.

If the child is hurting or something goes wrong in their life, having an imaginary friend wouldn’t make it worse.

Parents should act naturally and even talk to the imaginary friend, just like they would interact with their own child. It’s not good to ignore it, reject it, or fight about it with your child every time they “bring” their imaginary friend to life.

Don’t tell your child that this friend doesn’t exist either, or that they’re lies or they’re inventing it.

Imaginary friends could form part of their childhood and as a part of their development, and should ultimately be accepted by families.

You just have to take measures when your child wants to, for example, blame their imaginary friend for a prank they did earlier and therefore avoid taking any responsibility.

When Should I Worry?

As we’ve mentioned earlier, each family knows their members the best, and should listen to their intuition to know if the imaginary friend isn’t normal. In this case, you should seek help from a specialist.

You should talk with your child or consult a psychologist when:

About half of the children in the world, at some point in their life (either for prolonged periods or for specific moments) have had an imaginary friend.

Some create an imaginary friend to accompany them all the time, others invent them to be their playmate, whereas others have them for a moment then forget about them.