Indecisive Children: How to Help Them

If you have indecisive children, you might not know what to do. Should you let them take their time to decide, urge them to think faster, or choose for them? It's very important to know that this is a very normal process, and it doesn't last forever. 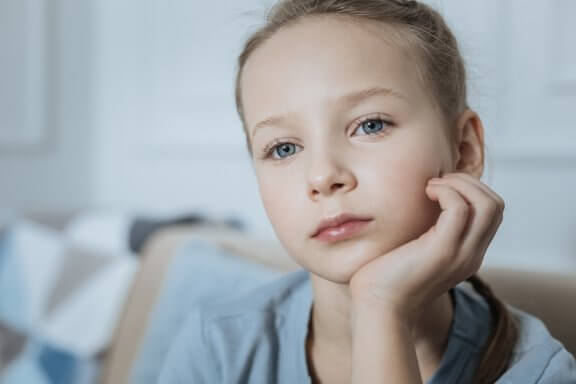 During childhood, it’s very normal not to know what to do, what you want, or what to choose. However, as parents, you need to help your children and encourage them to form their own opinions on different topics. In the following article, we’ll show you how you can help your indecisive children.

Children under six years old commonly have a hard time making decisions. They might be torn between two different foods, toys, etc.

Maybe they ask for toast for breakfast, but when they see a parent or sibling eating cereal, they want it too. It’s not that they’re jealous, but that they’re indecisive.

Adults ask doctors and their friends who had indecisive children. The most common response is usually, “It’s the most normal thing in the world!”

This is because at that age, they’re still developing their personality, their individuality and their sense of identity. This means that they don’t know what they want, so they want to experience everything.

First, they’ll usually say yes to what their parents choose. Then, they say they want something else. They’re still too small to know whether or not they’re making the right choice. Therefore, that’s your job as the parent.

Indecisive children aren’t “fussy” and don’t have behavioral problems. Additionally, they aren’t undisciplined and aren’t acting out for attention. On the contrary, they simply don’t know what they want because they haven’t experienced all of the options yet.

How to help indecisive children

The first step to helping undecided children has to do with understanding the situation. In other words, you need to keep in mind that when they’re young, it’s hard to decide what to do for even the most insignificant, smallest things.

However, that doesn’t mean that you should let your children spend half an hour in front of the ice cream shop to pick a flavor of ice cream. On the other hand, as parents, ask them to make a decision more quickly because there are other people waiting to order.

Is it possible to find a middle ground? Of course. The best way to help is to let them express their opinions and likes at any time.

For example, if you’re on the way to school, let your children tell you what clothes they want to wear, or what their favorite color is. Surely, that will change every once in a while.

Another way to help is to give less choices to choose between. If they have a wide range of options, they’re more likely to spend a while making a decision. So, instead of asking, “What do you want to eat?” You can say, “Today your choices are pasta or a hamburger, what do you prefer?”

Additionally, we recommend that you build trust with your children. To do this, don’t make their decisions for them just because you’re in a hurry. In the example of the ice cream shop, it’s not best to just tell the clerk to put chocolate and strawberry on “because they’re your favorites.”

Instead of doing your children any favors, it hurts them because they’ll feel like they can’t make decisions on their own. Also, they know that no matter what they say, their parents will end up choosing for them.

Early on, that can be detrimental for the development of their personality. In the future, they might become less independent, and it will be harder and harder to make decisions.

Should children get to decide everything?

Now, a very common question from lots of parents of indecisive children is: What things should children decide?

Of course, you shouldn’t ask five-year-olds to make fundamental or important decisions, like what school to go to or whether or not they’ll eat fruits and vegetables. Those aren’t debatable, and with young kids, you need to be strict about it.

“Indecisive children aren’t ‘fussy’ and don’t have behavioral problems. Additionally, they aren’t undisciplined and aren’t acting out for attention.”

However, your children can choose between a few places to go for a walk, or what toys they want to take on vacation.

Indecisive children go through this stage better if they have the support, patience and, above all, affection of their parents.

It’s important that adults encourage their children to make their own decisions. Although it may be difficult at times, it will be a great achievement. In fact, it will even help them increase their self-esteem.

Raising Children with Positive Self-Esteem
Positive self-esteem is a basic pillar to a healthy and adapted personality. Discover how to help develop a healthy self-esteem in your children. Read more »
Link copied!
Interesting Articles
Tips for raising your child
Give Children Options: Don't Tell Them What to Do