What Is Late Adolescence?

Discover what late adolescence is and all the of the aspects you need to know in order to have a healthy and mature relationship with your teenage children. 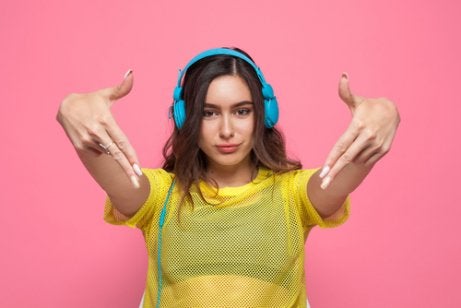 This is a stage in which youth face new challenges and often fall into rebellion as an easy way out. They find this to be a mechanism that allows them to feel more confident and gain acceptance.

Youth have an intense desire to live their own lives and feel independent. For that reason, they tend to reject their parents’ support and even their attention. As a result, many parents feel replaced or dismissed.

There are a variety of factors that influence late adolescence. That’s why parents need to remember that things don’t just depend on their child.

There are often external difficulties that arise that do little to help children overcome this stage. Many young people make it as far as 25 years old and still have no job or finances to make it on their own. As a result, even though they are grown up, they still depend on their parents.

Below is a list of the common characteristics that describe individuals during late adolescence.

At the same time, during late adolescence, youth start to gain a different perspective about their surroundings. By this point, they’ve overcome other stages of growth (and all that these entail) and put their limits to the test. Now they begin to reflect a little more on how to act.

Regardless of whatever your relationship with the individual in question may be (parent, guardian, teacher, tutor, etc), it’s important you take on a flexible attitude. Make a point to relearn how to get along.

Here are some practical suggestions on supporting teens during late adolescence:

While rebellion is not a defining factor of late adolescence, it is a common characteristic. To contribute positively, we recommend the following:

Adolescence – whether it be early, mid or late adolescence – is an important stage for learning. No one is exempt from this natural process, so it’s important for parents to relax.

If you have any doubts, it’s always best to consult with a professional. With the right support, you’ll prepare your teens to be healthy and responsible adults.