Lazy eye in children occurs very frequently. It's important that parents pay attention and schedule treatment on time. There are many causes and warning signs, and treatment depends on each child's characteristics. 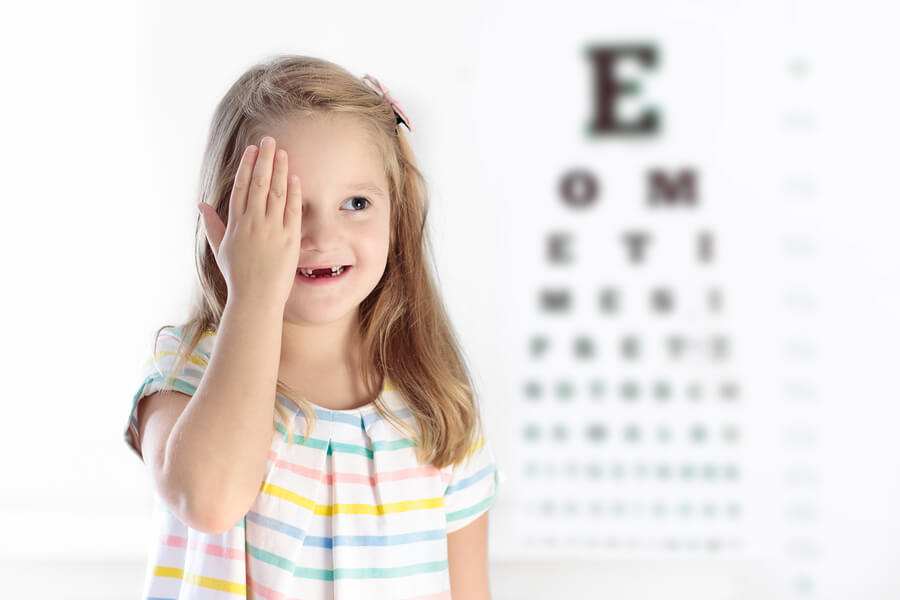 Lazy eye in children is a vision disorder. Also called amblyopia, its main characteristic is that one eye works less than the other due to lack of visual stimulation.

Why does this happen? Generally, something happens that causes both eyes to send different imagines to the brain. To avoid confusion, the brain prefers one image and gets rid of the other.

In these cases, the brain picks a “favorite eye” to develop normal vision. The other eye, the one with the deleted image, loses vision partially or totally.

Lazy eye in children usually affects one eye. However, it can also affect both. In addition, it’s one of the most common causes of poor vision in childhood. It affects between 1% and 4% of children.

Remember, vision doesn’t come back 100% to the lazy eye after using glasses. This is why lazy eye is different from other vision disorders.

Causes of lazy eye in children

This pathology can be caused by three different eye problems:

As you can see, in all three options, the brain chooses the eye that sees better as the “preferred” eye. Then, it leaves the other to the side. There, it’s unused and doesn’t see as well as a result.

This will eventually cause a delay in the visual development of the lazy eye. The more that someone uses vision, the more likely he’ll have better visual functioning. Therefore, the brain prevents the weak eye from developing properly.

Sometimes, the signs of lazy eye in children aren’t easy to notice. That’s why there are some signs you should pay extra attention to in your child:

“The main characteristic of this condition is that one eye works less than the other for lack of visual stimulation.”

Why is it important to treat lazy eye in children?

It’s important to diagnose and treat this condition in small children for the following reasons:

It’s relatively quick and easy to recover the potential of lazy eyes. Doctors usually use a method called optical penalty. The goal is to get the good eye to work a little less. That way, the weak eye works a little harder and can see better.

The most common way to achieve the desired effect is to use a patch to cover the good eye. Then, the bad eye has to exercise for several hours a day. To achieve the same thing, your doctor might recommend dilating drops and glasses.