Learn to Make The Most of Children's Tantrums 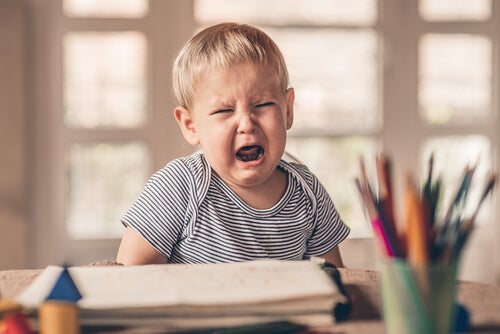 Children’s tantrums are very common, and even the quietest child goes through them at some point.

Experts believe they have a lot to do with the parents’ education, and how children are raised. Because of this, parents may be responsible for most tantrum episodes.

However, even though they may be common, tantrums always worry us, especially when they occur in public. Experts believe that tantrums could be the product of a distortion, and that in some way the child’s personality is influenced by our own actions.

One example is when we satisfy each and every demand our child makes. Because of this our child has virtually no tolerance for frustrating circumstances.

Despite the potential consequences, we may well be able to learn to get something good out of all of this. Tantrums could have a positive side, and we should know how to recognize and take advantage of it as much as possible.

The most important thing is to try to avoid these episodes. But when they do happen, then at least we’ll know how to get something positive out of it.

When do children’s tantrums start?

They appear for the first time between two and four years of age. They occur when the child starts to feel free to express their feelings and opinions.

They also arise when the child acquires independence – when he’s capable of doing things by himself and wants to.

Specialists explain that tantrums are an integral part of a child’s development. Just like with other behaviors, they’re necessary for defining the child’s personality. It’s also a sign that their understanding process is functioning correctly.

However, the triggers for temper tantrums can be very varied. It’s believed that in many cases they can be avoided.

The child’s environment greatly influences the appearance of temper tantrums, for example, in relation to the amount of products at their disposal.

When there are too many toys, games and sweets at their disposal, it’s almost inevitable that children will demand them whenever and however they want.

The main cause of tantrums is the child being desperate to get something that is being denied to him. When he can’t get what he wants, he starts to feel frustration, and this shows itself in outbursts.

How to make the most of children’s tantrums

As the child’s personality develops, it’s important to observe how and when his anger gets the better of him. Besides being able to prevent it from happening, it also allows us to prepare in advance.

However, this isn’t the only way to avoid it. Communication with the child is a very important factor in trying to obtain better results.

We need to recognize that children are learning to express themselves and that they have the right to do so. They don’t know how to cope with the frustration, and in many ways the parents are to blame.

In addition, a child who feels that he has overcome barriers and is now more independent won’t put up with any opposition to his independence.

Spending enough time with our children allows us to get to know them better, helps them have greater confidence and reduces the consequences of lack of attention.

Children who aren’t well looked after by their parents can develop anxiety, sadness and irritation. The consequences of this condition could remain even in adulthood.

Here are a few positive sides to tantrums:

It shows their development

The more independent the child is, the more tantrums he will have. Therefore, to a large extent, this behavior shows that the child is maturing, even though their way of showing it isn’t adequate.

They allow you to make better decisions

When the child has one of these tantrums, he does it because he is able to. He can discern between what he wants and what he doesn’t. This gives you the opportunity to decide what you want to teach them from it.

If you find you can’t cope with the tantrums, then learn to avoid them by applying measures to teach them better.

They help you manage your emotions

As much as tantrums bother us, it’s important to control our emotions. If we’re in public, we’ll usually avoid any kind of punishment, but this must be carried on all the time.

We should never mistreat children, even when they’re clearly in the wrong and have become unbearable. This type of behavior tests our self-control.

It allows you to assess your feelings

Sometimes it isn’t parenting that is at fault. It’s also possible that the child is right in some way and that their feelings are genuine.

Maybe his way of behaving makes us lose patience, but it’s important to give him the opportunity to feel one way or another. When they really want something, we cannot underestimate their feelings.

It’s common for parents to carry most of the burden in these cases. It’s usually something that has developed because we’ve allowed it.

However, specialists take away a little responsibility from the parents by claiming that children’s tantrums are normal occurrences in their development and are even necessary.

If we’re positive then we’ll learn to identify the good things that this type of behavior can bring to the relationship with our children.