Manipulative Parents and Their Young Victims

Just as there are parents who give their children complete freedom to make their own decisions, there are some who go to the other extreme. Today we'll talk about manipulative parents, who cause great harm to their children even when this isn't their intention. 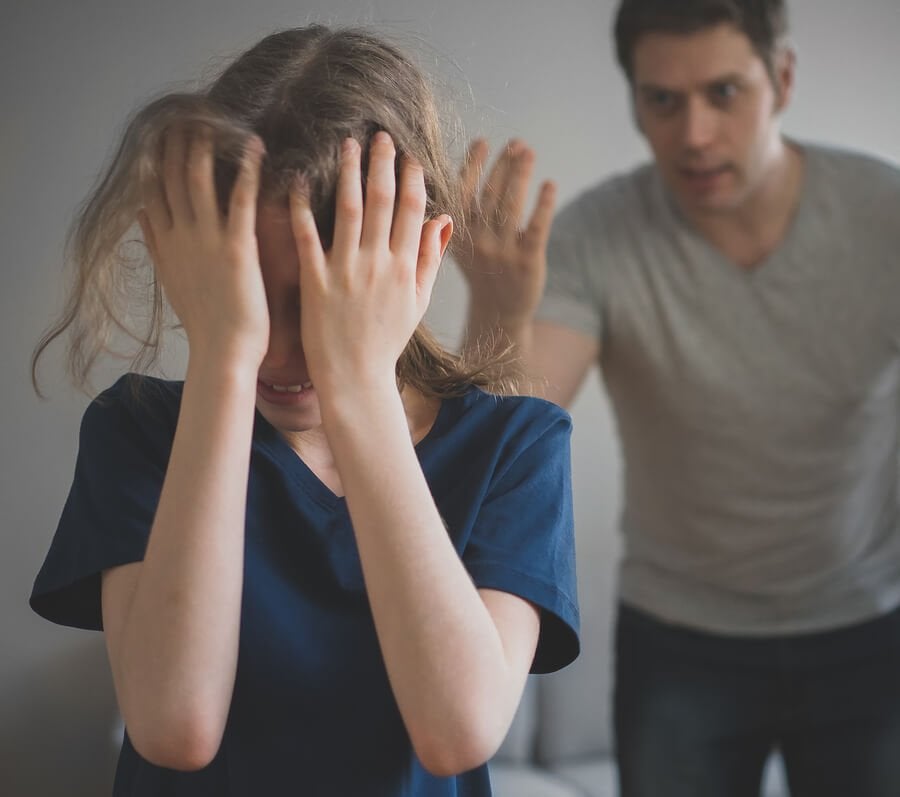 Manipulative parents who victimize their children are more common than we might imagine. In fact, this is known as parental alienation syndrome.

There are manipulative parents who use various strategies to exercise control over their children. This extends to all aspects of their children’s lives, both in their education and in their emotional and family life.

Why are some parents manipulative?

1. They don’t want to lose their children

There are several possible reasons why parents become manipulative. Many parents fear the time when their children will leave home to create their own lives.

This is especially true in cultures where children leave home at an early age. Under that fear, parents start to manipulate their children’s minds early on to exercise unusual control over them.

2. A bad divorce or separation

In the face of divorce or separation, sometimes one of the parents begins to manipulate the children to annoy their ex-partner. The parent is looking to affect the other or to exercise greater control in the lives of the children and manipulates them to achieve these goals.

It’s often a type of manipulation that is linked to a certain fear of loneliness. In the event of a separation, it’s a reaction to the fear of aging alone.

In general, all manipulative parents share characteristics in common with each other. These tend to objectify the people they manipulate. In other words, they stop considering them as people and begin to think that they’re things or objects.

Thus, they lose any emotional taboo. After all, what moral restrictions can be had with an object?

Consequences of having manipulative parents

Having manipulative parents can negatively affect the future life of your children. It can affect their personal and family life, as well as their work relationships. The most notable include:

One of the worst consequences for children who have manipulative parents is the inability to make decisions. Children become indecisive people who don’t have the ability to decide in the simplest situations, much less in complex situations.

Also, the little ones get used to their controlling parents making all the decisions in their lives. This can include what to study, where to go to school, when to get married and to whom, where to work and where to live.

In the long run, this problem results in an absolute loss of self-confidence, something that also ends up being reflected through low self-esteem.

“The strategies of some parents to manipulate their children extends to all aspects of their children’s lives, including education and emotional and family life.”

When they manage to form their own family, these children begin to have problems as fathers or mothers. In addition, they also have spousal problems and also experience problems at work.

This is because they don’t know what attitude they should take. In this way, they end up having a bad relationship with their children, partner, grandchildren, siblings, friends, etc. By losing the ability to relate to them properly, their sociability is affected.

Manipulative parents exert another dangerous effect on their children: they lose the ability to assume responsibility for their mistakes.

This, over time, can lead to a series of problems, such as children believing that parents will always save them from difficulties, as they’ve done before.

Another consequence of the insecurity that children acquire thanks to their manipulative parents is the ability to undertake new tasks. As they haven’t been able to make their own decisions throughout their lives, they find it difficult to embark on new projects.

In the event that they do have the courage to take a new path, they’ll be marked by insecurity and they’ll present a tendency to create conflicts in their business. Usually, parents come to make all the business decisions for their children.

In case you already are, then it’s necessary to fight to stop. If you think you’re behaving that way, avoid it. It will have direct consequences on your child.