Too Many Toys Can Be Detrimental to a Child's Future 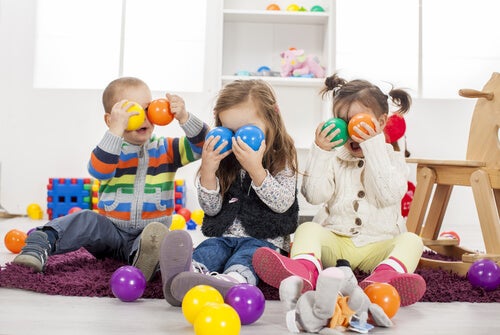 Rather than being given too many toys, children need the time, company, and guidance of their parents, who often work long hours trying to satisfy their children’s tastes and needs, sometimes to the point of causing spoiled child syndrome.

As children grow up and start watching television and being influenced by advertising, they may start to ask for trendy new toys or demand that they be bought all the toys in the world.

When this starts to happen, it’s important for parents to strike a balance and give them only the toys they need and nothing more. Giving children too many toys may be detrimental to their emotional development.

What can happen to a child who receives too many toys? Well first of all, the child won’t use them all. As they accumulate more and more toys, they’ll lose the joy of receiving a new toy and playing with it until they’ve worn it out.

In short, the accumulation of too many toys can lead a child to become spoiled and materialistic.

Giving children too many toys doesn’t fill a void

Undoubtedly, no parent in the world wants for their child to become a materialistic person. However, there are many actions that can still lead to this type of behavior.

One of them is the constant bombardment of advertising that most children are subjected to daily. Another is the lack of time many parents have to play and talk with their children.

Often, and subconsciously, parents decide to give their children a lot of toys in order to try to make up for the time they spend outside the house.

Parents know they should really be investing in playing with and enjoying time their children. In reality, in most cases children prefer spending more time with their parents.

These reminders aren’t about diminishing the value of toys, since they do have many creative functions that help in children’s development.

However, it’s important to be aware of how to select each toy correctly, evaluate its functions, and know if your child truly needs or deserves it.

If we make the act of giving toys to children a habit, we’re gradually taking away the joy of receiving them.

Learning to limit the number of toys

In addition to limiting the amount of toys your child receives – which also involves coordinating with friends and family – it’s also good that you learn to choose them correctly.

Instead, the best toy for your child is the one that adapts to their needs and age, and the one that helps them evolve as a person through the development of their abilities and potential.

Playing is a main priority for children – they learn to handle themselves in the world through play, which is why their relationship with toys is so important.

Parents should be very attentive to their children’s games. The way they play and their relationship with games can give many clues as to what a child is feeling on the inside.

Ideally, the toys a child uses will lead to the development of his or her imagination, creativity, and skills. That’s why certain toys never go out of style, since they encourage healthy habits in children.

Cycling, playing ball, learning to dress a doll up, and playing with cars are all games that don’t require expensive equipment and that encourage children to reset the button of consumerism and exchange it for good times shared with the family.

The best gift you can give your children is spending quality time with them, teaching them to understand the value of things, to earn their toys, and to appreciate time away from the excesses and vices that modern life brings us.

And remember that the “excess of love” expressed through the time you share with your children, unlike the excess of toys, will never spoil them.

So before filling your children’s rooms with too many toys, strive instead to fill their lives with unforgettable moments that will fill them with real and positive experiences.