Mid-morning naps aren't just good for regaining energy, but they also help boost children's memory. It's important to know when is the best time to take a nap and for how long. 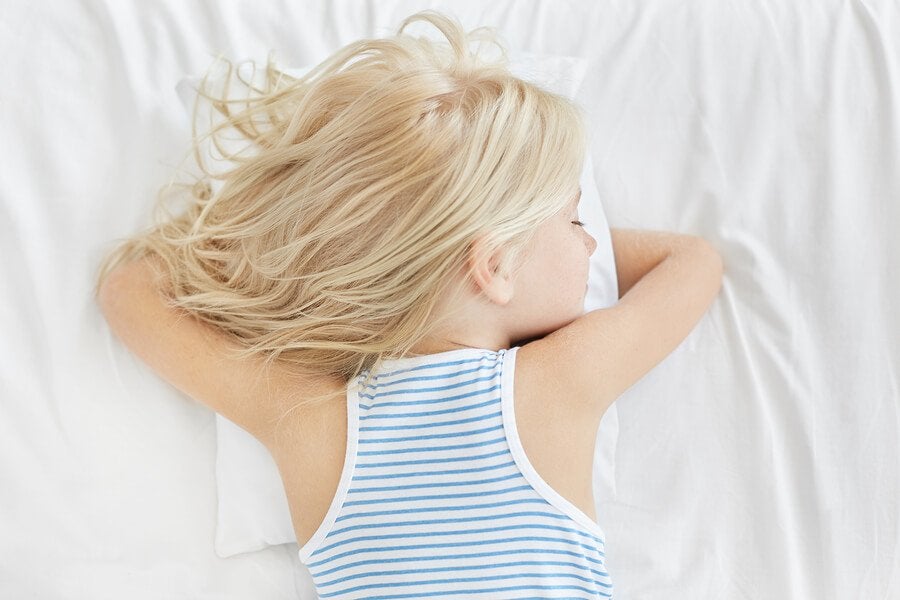 A short nap in the afternoon replenishes the energy you lose throughout the day. Mid-morning naps are essential for young children, as they help them grow in a healthy way.

Now, you may be wondering how long they should nap for, or how many hours your children should sleep every day. Here’s a brief guide to help you.

Until what age should kids take mid-morning naps?

The smaller the children, the more hours of sleep they need. It’s best for them to have three naps per day until they’re two years old. You can split them up like this:

It should be noted that, up to age 5, it’s important to have two naps per day. If not two, they should nap for at least one hour.

Don’t think that if your son sleeps during the day, he won’t be able to sleep at night. This belief is false. Naps can help your children relax and actually sleep better at night. Also, they won’t wake up from nightmares as often at night.

Benefits of mid-morning naps in chidren

Not only do mid-morning naps allow children to relax, but they also help them restore energy they lose during the day. As a result, they’ll be in a better mood and won’t feel too tired or be hyperactive.

They can also take this opportunity to calm down. This break can help prevent possible tantrums that may occur. It will even let you rest and do other things you need to do.

Another benefit is that, when children sleep when they need to, they’ll be more willing to eat the food you give them. As a result, they’ll grow to be healthy and strong.

On the other hand, while they sleep, they will retain what they learned that day in their memory. This enhances intelligence and memory capacity.

How to get children to take naps

Although most children like nap time, there are also some who, even though they need it, don’t want to. This might be because they want to keep playing. They may feel like if they sleep, they’re wasting their time.

Still, the symptoms they show when they need to sleep will prevent them from tricking you. For example, they may be irritable and yawn constantly. They might also rub their eyes and show intense interest in their bottle.

“It should be noted that, up to age 5, it’s important to have two naps per day.”

These signs mean it’s the right time for children to take a nap. If they wait too long, it’ll be difficult to fall asleep. It’s important to maintain good discipline and a fixed schedule. This will help them have the best bedtime possible.

A good place to sleep

So that your children aren’t falling asleep just anywhere, they should get used to taking naps in their bed. This way, they always rest in the same place.

In that sense, try to have the atmosphere of the house as calm and quiet as possible. However, it’s ok for them to get used to certain sounds. This is especially true if you have multiple children in the house.

It’s important for your children to be able to differentiate between daytime and nighttime sleep. To do this, you can leave the lights on. You don’t necessarily have to leave the lamp on. You can leave the door or window open a little to let light in.

Have a good schedule

Mid-morning naps for children should last 45 minutes or an hour. However, if they only sleep once per day, it’s a good idea to make their naps in the afternoon for about 2 hours.

In addition, you have to establish a daily routine and stick with it. Thus, their biological clocks will get used to it. Then, they’ll be sleepy every day at the same time. This will make it easier to get them to take naps.

Another thing that can help kids take naps is to play relaxing music. However, keep in mind that every child is different. You need to know your own children and see what works for them to prevent insomnia.

Finally, remember that mid-morning naps are very important and beneficial for children. But beware: too much sleep is actually counterproductive. Try to make a healthy sleep schedule for your children.