Moral Development in Children: What Parents Need to Know

Babies begin their moral development from a very young age. Their surroundings, family and future friends will play an influential role in the moral codes and habits that they absorb. This will help them learn the rules of the society they belong to. 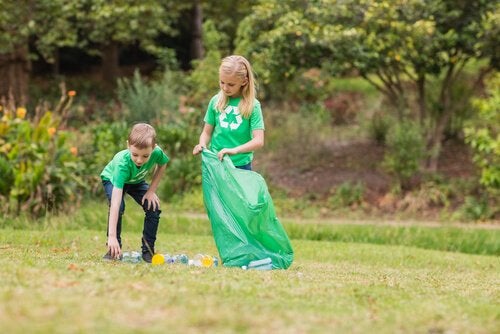 Moral development in children: What occurs?

Important psychologists like Jean Piaget and Sigmund Freud believed that babies are born without any sort of moral conscience. However, over the following months, mostly thanks to socialization, children develop a sense of morale. This allows them to distinguish between good and bad.

These world-renowned authors came up with differing theories regarding moral development in children. However, they did agree on one fact: Moral development is a process that occurs thanks to socialization and the learning of norms that govern society. Morale appears in each individual through different phases of life.

Without a doubt, the development of morality is greatly dependent on the norms that children receive from their family. Aspects such as respect, tolerance and adequate conduct make up a fundamental part of healthy moral development. And that is important both for children and for their environment.

Keys for moral development in children

As we’ve seen, moral development in children is part of a process that starts at 6 months old. For this development to occur, parents and other close family members and friends need to get involved with their children’s education and learning process.

They must teach fundamental values that will make it easier for children to join in society.

There are several keys that parents and teachers need to practice in order to optimize moral development in children:

We recommend you make an effort to offer praise and positively reinforce your children’s good behavior. However, children also need to understand that their actions have consequences. Consequences are the best way to develop a child’s healthy moral character.

School and surroundings in the moral development of children

It’s true that parents and close family members are a fundamental part of moral development in children. But it’s also true that school, friends and classmates also play a key role.

As children grow, their parents aren’t always their reference point. Often, the values that parents have instilled in their children become distorted or twisted because of their social context. That’s why it’s important that parents remain involved and attentive.

Remember the importance of supervising what children see on the media. It’s best for children to only watch content that’s appropriate for their age.

In conclusion, moral development in children is a process. It begins through socialization and the norms that parents teach in the home.

For all of the above-mentioned reasons, parental involvement is fundamental in all aspects of a child’s life. Morale is essential to a child’s healthy development as an individual, both on a personal and communal level.