Some Common Myths Regarding Introverted Children

Without a doubt you've heard a number of myths regarding introverted children. But have you ever taken a moment to ask yourself if they're really true? 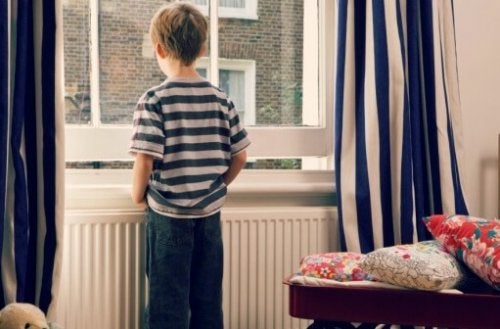 There are many myths regarding introverted children. Many of these misconceptions come from their behavior in the classroom. This occurs when teachers notice a lack of participation or limited interaction with their peers.

Interestingly enough, the opposite behavior is also a cause for concern among teachers and parents. It seems as if there is no clearly defined middle ground regarding children’s activity level.

Children’s personalities are so diverse. Categorizing every child into one model of behavior would be an impossible task for educators.

What are some of the main characteristics of introverted children?

In general, introverted children choose to maintain few interpersonal relationships. They’re also very selective about the people they spend their time with. As a result, they enjoy the time they spend with members of their inner circle to the max.

Another characteristic of introverted children is that they’re usually empathetic, thoughtful individuals and good listeners. When they need to carry out tasks, they prefer to do them alone or with little company. They also feel personally affected when they make mistakes.

Some myths about introverted children

Below we’ll present and analyze a few myths and stereotypes that exist regarding introverted children. We’re sure you’ve heard some of them before:

“An introverted child is the same as a shy child”

A common confusion that exists regarding the term “introverted” is that it means the same as “shy.” However, this isn’t exactly true.

One the one hand, shyness refers to the sensation of discomfort in the face of social situations, associated with processes of anxiety. Introversion, on the other hand, is the need for alone time in order to develop ideas and recharge energy.

An introverted child can get along just fine in social settings. However, they still feel the need to have time to themselves as well.

Unfortunately, this is one of the myths that spreads most commonly by word of mouth. Introverted children are labeled as “strange” because they don’t attempt to be like the majority.

The reality is that they’re individualist people who want to be valued for their way of thinking. Unlike with many children, popularity has little influence on introverted children when it comes to making decisions.

“Loneliness is their only friend”

Introverted children enjoy spending time by themselves thanks to their analytical and pensive nature. But that doesn’t mean they don’t enjoy company as well. Rather, they’ll establish selective and quality connections with a small number of peers.

Their minds are a productive machine of fun solutions, which introverted children enthusiastically share with their friends.

Contrary to popular belief, these types of children are a great asset to teamwork environments. Just like extroverts, introverts can be excellent leaders. They stand out because of their brilliant ideas, empathy and quality critical thinking .

When it comes to communicating with an audience, they tend to have a clearer idea of what they want to contribute. This is because they invest a great deal of time defining and developing their ideas.

If they truly have nothing to say or aren’t interested, introverted children will remain silent. However, they’re more than willing to speak up when a topic catches their attention.

Introverted children are generally better listeners and observers than speakers. Impulse rarely motivates them to begin a conversation. Rather, they’re more prone to carefully analyzing their opinions before sharing them.

Their inner monologue never stops. Being heard by those around them or not doesn’t keep them up at night.

“They don’t relax and don’t have fun”

Introverted children find entertainment and relaxation in contact with nature or a preferred spot in their homes. Public spaces and places that are full of people aren’t their preference.

They don’t crave strong emotions or adrenaline rushes. Many people speaking at once and excessive noise may cause them to withdraw.

Introverted children value their alone time, which they use to elaborate their ideas and projects.

Many misinterpret introverted personalities as being negative because of their affinity for being alone. Their counterparts, extroverts, tend to become depressed when they go long periods of time without company.

However, just the opposite is true for introverts. Spending time alone is an important part of an introvert’s sense of well-being.

Now that you’ve read more about these common myths, we’re sure you’ll have a better understanding of introverted children. 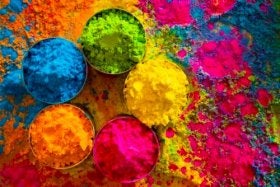 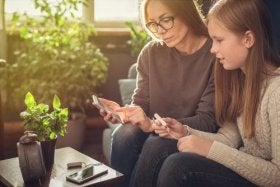