Praising Children in a Healthy and Balanced Way

Praise, in the right amount, can benefit our children. It’s up to us to make sure we avoid praising our children excessively and that, instead, we praise them in a healthy and balanced way. 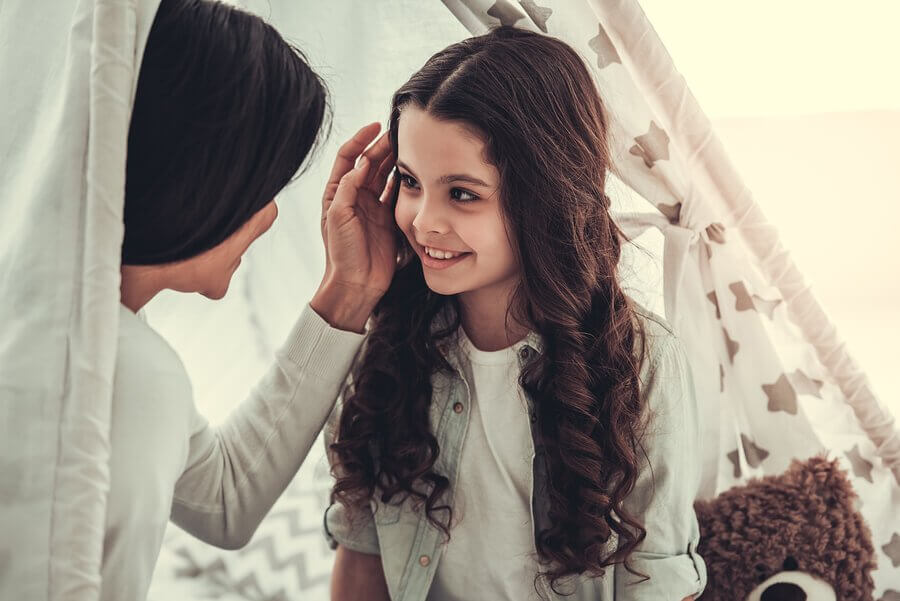 This allows them to learn to develop in their environment. However, is it right to praise children constantly?

Many parents make the mistake of praising everything their children do. This type of excessive praise, far from benefiting children, can actually end up being harmful.

How? Very simple: it stops them from appreciating what is real and from developing a healthy, critical attitude.

In other words, the validation that they receive on the surface, although it sounds nice, doesn’t motivate children to do better but instead it encourages them to stagnate.

Excessive praise can cause children to think they’re already perfect and that they’ll always have their parents to praise and support them. Clearly, this will affect the development of their personality.

Is praising our children negative?

You shouldn’t ignore the good things that your children do, nor should you be too strict with your praise. It’s not a matter of limiting praise, but rather it’s about giving it at the correct time.

A child that becomes accustomed to constantly receiving praise from the people around them, won’t have a clear perception of reality.

The study carried out by the University of Stanford

A study carried out by the University of Stanford, by a group of experts led by Doctor Carol Dweck, drew up some important results on the topic. The study was based on a social experiment that consisted of giving puzzles to 11-year-olds to solve.

After solving them, each child received the grade and alongside that, a 6-word piece of praise. Later the children were split into groups; Group A, who received praise for their intelligence, and Group B, who were praised for their efforts to complete the puzzle.

Later on, the children were asked how difficult they would like the next task to be. They were given the choice of easy or difficult. And the results from each group were very interesting.

In Group A, 2 out of 3 children chose the easy option. However, in Group B, 9 out of 10 children chose the difficult option. The first group of children didn’t want to risk losing the merit of being intelligent, while the second group wanted to see how far their efforts could take them.

In the third part of the experiment, both groups were given very difficult puzzles, so difficult that none of the children completed it.

This experiment was carried out 3 times with different groups of children, and each time it produced very similar results. Therefore, Doctor Carol Dweck concluded that excessive praise can damage a child’s motivation, and in turn, their performance.

There are other studies based on the impact of excessive praise on children. And although some experts believe that it’s beneficial to praise children often, others argue that praise needs to be given in moderation to avoid encouraging unhealthy attitudes in future adults.

How to Praise Your Children Equally?
It can be tricky to praise your children equally. Although it isn't particularly difficult, it does require attention, tact and wisdom. Read more »
Link copied!
Interesting Articles
Tips for raising your child
What If a Family Member Undermines Your Authority