The Characteristics of Pre-operative Thought According to Piaget

Renowned psychologist Jean Piaget's theory on pre-operative thought describes the rationalization of children between the ages of 2 and 7. 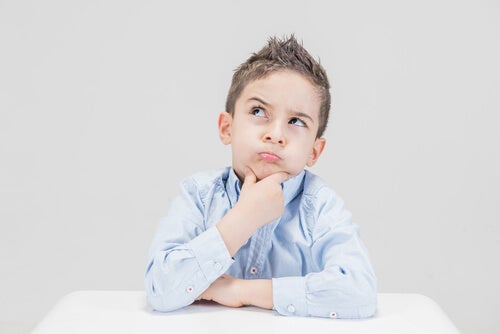 Piaget understood that the structures of thought and behavior in children are different than those of adults. Each stage of development possesses its own ways of thinking, reasoning, acting and feeling. It’s important that we take these differences into account in order to accompany children in their developmental processes.

Pre-operative thought according to Piaget

Children go through the stage of pre-operative thought between the ages of 2 and 7, approximately. Prior to this, they go through the sensorimotor stage, which starts at birth and extends through the first 2 years of life.

“If you want to be creative, stay in part a child, with the creativity and invention that characterizes children before they are deformed by adult society”
–Jean Piaget–

What are the characteristics of pre-operative thought?

The following are the characteristics of pre-operative thought:

Abstract thought starts to appear through socialization. Children in this stage generally play on their own, even if they share space and toys with their peers. Many parents worry about this characteristic.

A common phrase during this time period is “you have to share.” But it’s natural for children to want all the toys for themselves at this age.

The formation of concepts and questions

According to Piaget, individual differences influence the way that children think during the pre-operative stage. Different characteristics will be stronger in one child than in the next.

The end of this stage coincides with the acquiring of basic learning skills. In other words, the beginning of concrete operations.