How to Prevent Motion Sickness in Children

If your child has motion sickness, here are some tips to help him or her face road trips and traveling without a problem. 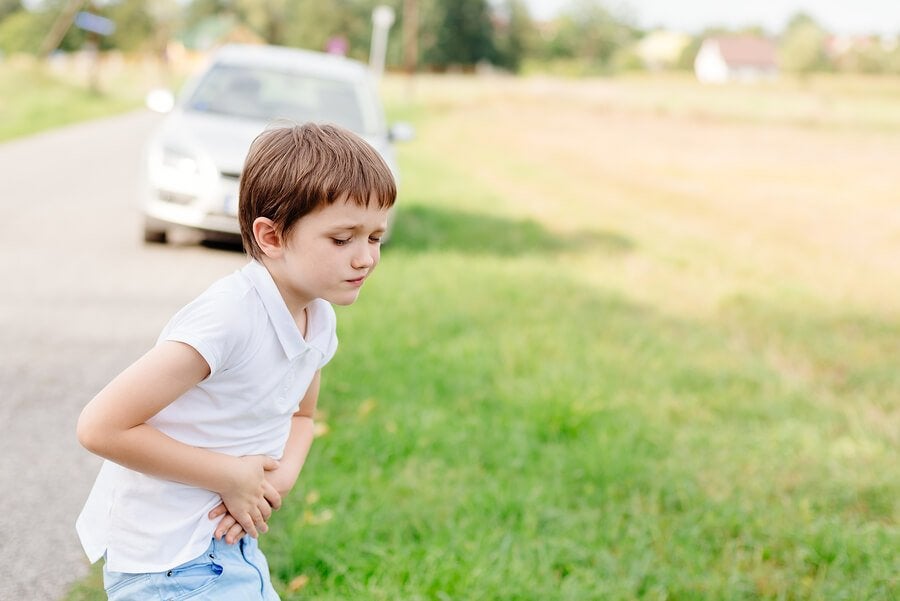 Knowing how to prevent motion sickness on vacations or road trips is essential for any parent. Motion sickness can produce unpleasant symptoms in kids. In addition to feeling dizzy, it can cause vomiting and an overall bad feeling in your child’s body.

Between ages 3 and 12, kids are extra sensitive to motion sickness. In fact, they might carry this condition into adulthood.

However, once you know your child gets carsick, the goal is to minimize the symptoms.

What is motion sickness and why does it happen?

Motion sickness is defined as a lack of control in the body caused by movement. What happens, specifically, is that the inner ear and musculoskeletal system become unbalanced. This is caused by a disconnect between what the body feels and sees.

This is because the child’s body is stopped, but everything around him is moving. Once his brain wrongly thinks he’s moving, it sends signals that upsets his body.

These are some of the main symptoms, among others:

How to prevent motion sickness in kids on trips

There are a few different ways to prevent motion sickness. The least recommended is using medication. It’s better for their ear to gradually regulate what’s happening in their inner ear. As we mentioned earlier, this condition can extend into adulthood.

“Motion sickness causes the inner ear and musculoskeletal system to become unbalanced. This is caused by a disconnect between what the body feels and sees.”

With this in mind, parents should keep their kids in specific positions in cars or planes. This stops them from making sudden movements. Here’s a good guide to follow:

Steps before the trip

Before leaving, you should follow at least two steps. Firstly, feed your child at least an hour and a half before leaving. As a parent, make sure your child isn’t too full. This way, if he gets carsick, his stomach won’t have enough to vomit up.

We recommend eating lean proteins and vegetables before the trip. Don’t give him foods like pasta or hamburgers. This makes him feel heavier. If you’re traveling by plane, it’ll also make him very flatulent.

Secondly, if possible, travel when the child usually naps or at night. The imbalance in his inner ear doesn’t affect him when he’s asleep.

Therefore, it would be very helpful to have him fall asleep right at the beginning of the trip. It would be even better to start traveling when he’s already asleep.

Steps during the trip

The best things to do during the trip are:

As a final tip, if your child is already sick, help him do some breathing exercises. Also, always bring wet wipes, barf bags and medication from your pediatrician.