Physical Changes During Puberty and Adolescence

Coping with the different stages of puberty and adolescence can be complicated if you don't know about them. Communication is fundamental during this time in your child's life. 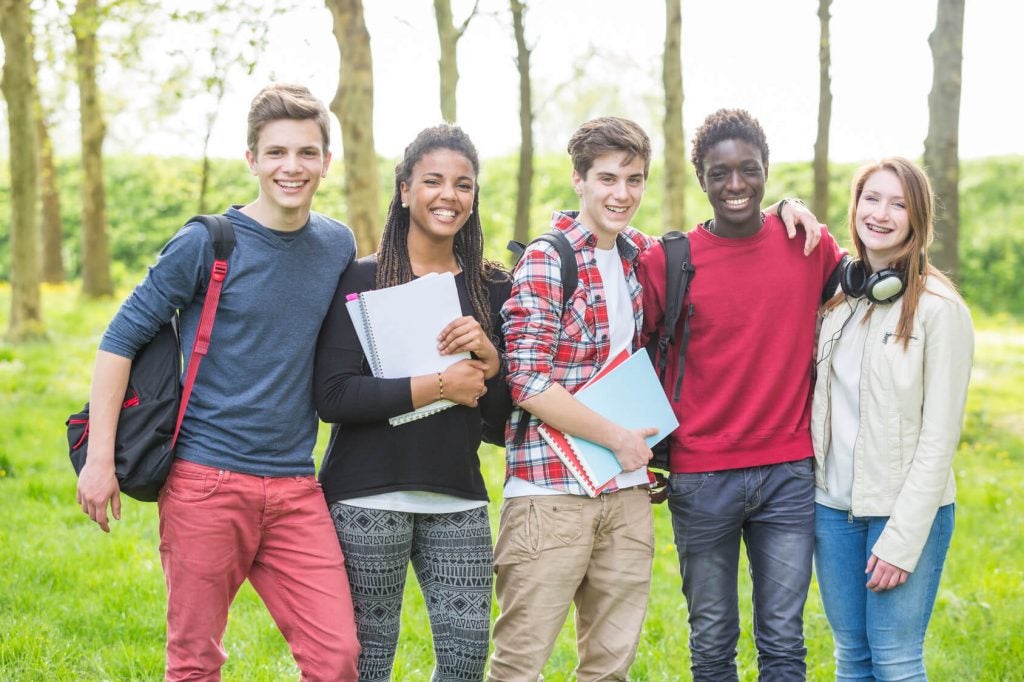 Seeing your children grow up is a learning experience for parents. You’re so used to having your children in your arms that this change can cause horrible anxiety. Puberty and adolescence are two words that you might even be afraid of, as they symbolize the end of your stage as a protector.

On the other hand, for children, it’s the beginning of the path to adulthood. The physical and psychological changes are much more abrupt than at other times in their lives. They feel confused with their bodies and even with their own identities.

They might look in the mirror and not recognize themselves. You should try and connect with them during this time, and explain to them that they’re beginning to go through an important stage in their lives.

Puberty and adolescence: the end of childhood

In puberty and adolescence, children experience changes that are very accentuated in certain parts of the body. Some boys and girls handle these changes better, but many others refuse to accept them. It’s pretty understandable: you probably reacted the same way.

But, what are these changes? Do they affect girls in the same way as boys?

Bone mass grows, causing an increase in height and, in many cases, weight. Puberty in girls tends to make them grow between 6 and 9 inches. Boys tend to grow between 9.5 and 10.5 inches. They grow continually between ages 13 and 21.

In general, girls tend to develop earlier than boys. It’s very common to see groups of teenagers where some seem much older than others. In reality, they’re all the same age.

Internal organs also grow. Specifically, the liver, heart, brain and kidneys. Similarly, joints don’t develop at the same time. First, the legs and feet grow, followed by the torso, their arms, and finally the head.

This often causes teens to be physically disproportionate. They can feel unhappy with, and ashamed of, their own body.

For many parents, this is a completely taboo topic. You need to accept that your children, however innocent they may seem to you, are human beings. From a certain age, they’ll start to feel sexual impulses that are caused by hormones.

Generally speaking, the hormone-releasing gonadotropin stimulates the pituitary gland, which in turn releases the pituitary ginadotropin hormones FSH and LH. The latter will be responsible for causing the physical changes that give our children headaches.

Children’s genitals mature, their libido increases, and hair appears on their face, pubic area, and armpits. The FSH and LH hormone secretion causes testosterone to form and sperm production.

In girls, the changes are somewhat more complex. The ovaries mature and start to produce a hormone different from males: estrogen and progesterone. In turn, testosterone (to a lesser degree than boys) causes pubic and underarm hair to grow. Then, breasts and the endometrium also develop.

“Youth is like that, it establishes its own limits without asking if the body is capable of supporting them. And the body always is.”

It’s quite common for children to experience a decline in self-confidence. Nobody likes to feel changes that they haven’t chosen. In addition to the ones already mentioned, there’s also the appearance of body odor, acne, and voice changes.

Except for voice changes, teens don’t really like all these changes. It’s very important to talk to your children and answer any questions they might have.

During this stage, you must be more understanding than ever. Keep in mind that when they’re angry, it’s the hormones talking.

Your children need to adjust to several changes in their bodies and this isn’t always an easy task. Fortunately, problems in puberty and adolescence don’t last forever, and they’re part of human idiosyncrasies.

Teach your children to love and accept everything that is happening to them, since it’s something that everyone goes through.