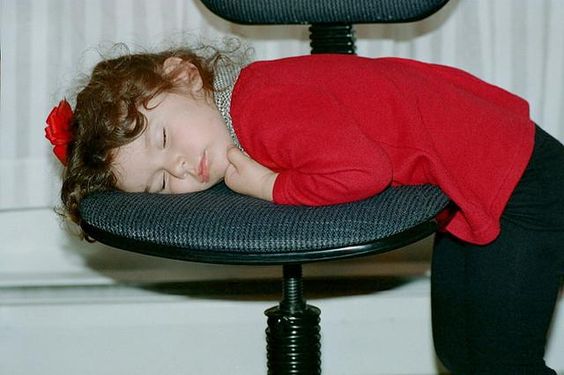 “Go to sleep, or you won’t grow!” must be one of the most well-worn phrases of childhood, used by generations of adults to threaten their children into going to bed early. But, according to psychiatry, what are the real consequences of putting kids to bed late?

In this article, we will tell you about the surprising conclusions emerging from the science of sleep, which show that children who go to bed late are more prone to multiple disorders. Without a doubt, this is a controversial proposition, but let’s take a look at what the research says.

Are you one of those mothers who normally puts their child to bed late? Perhaps however much you try put your little ones to bed early and follow a strict bedtime routine, they won’t go to sleep until late? If that is the case, then it’s more than likely that early mornings invoke the typical moans and groans.

A new and controversial study on this issue points to the fact that going to bed early leads to an enormous difference in children’s growth and development. These are the conclusions of the well-known pediatric psychiatrist, Dr. José Ferreira Belisario.

According to the studies that this distinguished medical doctor has carried out, changes in our habits and lifestyles directly influence our children’s future. In fact, they can lead to problems such as lack of attention, increased anxiety and various other disorders.

Today, getting the kids off to bed by 10 pm is not always common. What emerges time and time again, according to Doctor Belisario’s report, is that families end up at the doctors due to the consequences of these late nights.

Is it possible to change these habits?

Although there are some sleep patterns that we can change, it’s worth understanding that this involves nothing less than a complete change in the habits of the whole family. Little ones are less likely to agree to go to bed when the rest of the household is still up. For this reason, specialists recommend preparing for sleep by turning off the lights.

Another tip the doctor adds is that at home, or at least in bedrooms, we should avoid using white light and opt for yellow lighting. This gives off a warm light that is more relaxing and helps us get to sleep.

According to Dr. Belisario, leaving electronic devices such as phones or iPads switched on is not a good idea, either. For this expert, these are the real villains in our nighttime routines, waking us up in the middle of the night.

But what’s wrong with putting kids to bed late?

According to multiple scientific studies, children have to go to sleep early for one simple, basic reason. For most people, growth hormones kick in at around 12:30 am, but only in the fourth stage of sleep.

This means that, if your child goes to bed at 10 or 11 pm or even later, this hormone will have much less time to act, with a negative impact on their growth.

To carry out this study, scientists compared brain scans of children that went to sleep early with images of children used to later bedtimes. These same children then took a math test. The first group showed a good performance, while the second did well on just one small part of the test.

The academics speculated that children who sleep less or poorly tend to retain less of what they have studied than those who are better rested. What’s more, they claim, children who get enough sleep will go on to become adults with less likelihood of suffering from diseases such as Alzheimers.

However, the specialist in infant psychiatry highlighted that everyone can reduce the risk and delay the onset of this disease through sleep and exercise. “The more, the better,” the doctor said, also highlighting how parents should try to get their children into sports from an early age.

Without a doubt, this is a study that will make waves. The issue is up for debate, and, as ever, opinions are divided. So at You Are Mom, we want to know: do you agree with these controversial claims?