I Regret Becoming a Parent: Now What?

The demanding first weeks after having a baby can be so unbearable that many moms and dads begin to regret becoming parents. When facing this frustration, what can you do? 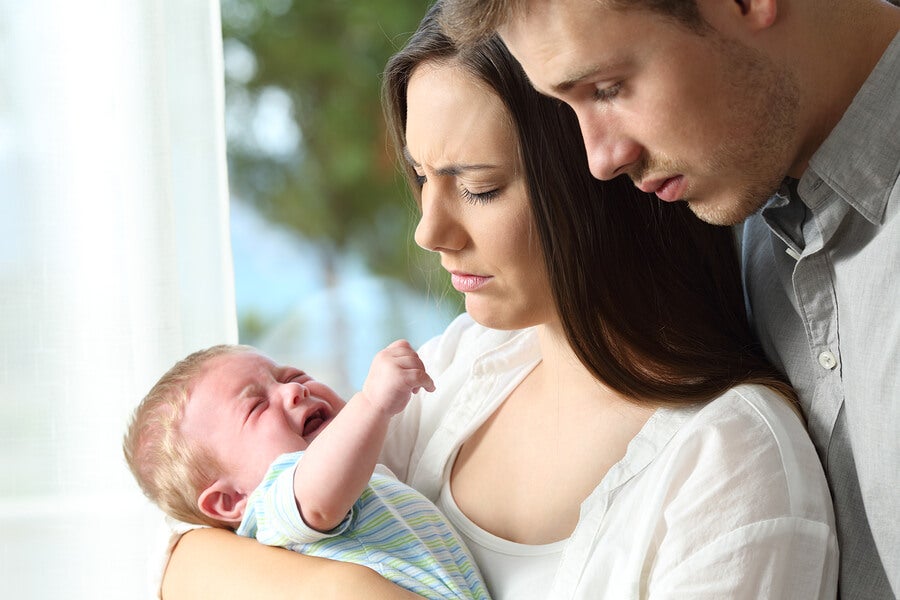 Do you know any couples that regret becoming parents? That are fighting to deal with the responsibilities of parenthood and feel overwhelmed? These feelings are more common than you could imagine.

While it’s true that love always prevails, many ask themselves what they can do to overcome the feeling of regret. It’s important for parents to know that having a child is a huge challenge. Parenthood comes with many responsibilities and emotions.

If you’re going through this complicated, emotional phase of parenthood, keep reading. In this article, we’ll try to give you a boost of hope and reassure you that you’re not alone.

There are many reasons why parents might regret having had children. The factors can range from the burden of raising a child, to the radical change of lifestyle, to not having freedom to go out or have fun like before.

You might also be afraid of the state of the world today. This could include acts of violence, racism, bullying, etc.

What’s clear is that having kids completely changes the parents’ lives. Some people say it’s like getting a tattoo on your forehead; it’s something permanent that, from birth, will define you forever.

Although many pregnancies aren’t planned, you should always take parenthood seriously. It should be considered a sacrifice. The newborn baby will change the entire family. It’s a life that you need to take care of for at least 18 years.

Regret as a Taboo Subject

We live in a society that places so much importance on appearances.  Realizing that you think something different from what society says is normal could be considered taboo. This might make you feel like you’re a loser or a bad person.

Many parents who are facing problems raising their children feel that it’s not possible to talk about regretting being parents.

This subject can be controversial. It also brings situations to light that are becoming more and more common. For example, many women decide to not have kids. This includes several celebrities.

“Parenthood should be taken very seriously and should be considered a sacrifice. The newborn baby will bring changes for the entire family.”

Many couples decide to have kids because of social pressure, or to follow the same patterns that have been around for centuries.

They believe the end goal of a happy life and successful adulthood is having kids. Then, when they have to deal with the numerous responsibilities of parenthood, they mentally collapse.

However, there are multiple ways to deal with this situation. The first and fastest is to talk about your feelings. The professional help from a psychologist or psychiatrist can be very comforting. They can assure you in your sessions that regretting becoming new parents is a very normal thing.

You can also talk with family members or friends about the situations you’re facing. The understanding and love from your closest loved ones will always help calm you down.

If, on the other hand, self-help books are for you, there are many stories and books on the market about regretting motherhood. In the books, parents that went through rough stages tell their experiences.

They also share how they got through these tough times and found peace. It’s always good to remember that depression and other mental health issues are as important to treat as physical pain.

Finally, if you feel that your regret is seriously harming your life, don’t hesitate to ask for help. Don’t be afraid to talk about it.