Reverse Psychology: How to Use It with Kids

With kids, reverse psychology can be a useful child-rearing tool. In this article, we'll tell you everything you need to know about this interesting technique. 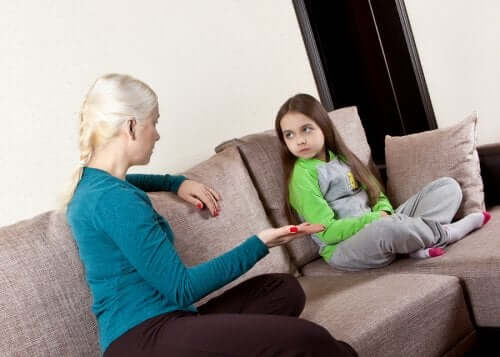 In many cases, it can be very difficult to get children to behave. Child-rearing is no simple matter. Sometimes, parents need techniques to compel their children to behave well. Reverse psychology is one method that can be used to address inappropriate conduct in kids.

This important tool helps parents influence their children’s decisions. Adults can use reverse psychology when arguing for a particular course of action, while secretly hoping that the child will opt for the opposite.

Reverse psychology often works well with headstrong children, as they’ll often want to do the opposite of what their parents tell them. However, these techniques should be used sparingly.

In addition, it’s a good idea to choose your words and pick your spots carefully. Whichever reverse psychology technique you use, be sure to apply it correctly and make it credible.

Parents can use reverse psychology in order to mitigate a child’s innate urge to thwart their parents’ desires. However, as mentioned previously, this should be done responsibly and in moderation.

In this sense, you should never use negative reverse psychology, which can be detrimental to the child’s self-esteem.

While it can be an effective parenting method, it can also do more harm than good if used incorrectly or too often. At best, it won’t work at all. At worst, it can damage the child’s sense of self-worth and cause feelings of guilt.

By telling children the opposite of what they want to do, you can get them to do exactly what you want them to do. However, it’s important to remember that children are very impressionable. As such, reverse psychology is recommended only in special circumstances.

On the contrary, we must avoid using it in a way that could harm a child’s self-esteem. Using reverse psychology incorrectly may cause children to believe that they’re incapable of doing what you’re asking for.

You can also use reverse psychology by explaining the situation to your children so they understand it.

This technique works when you outline all the pros and cons of an action in a simplified way. When children understand the situation, they can do the right thing. Remember to always use positive language.

Here are some tips to keep in mind when using reverse psychology with children:

“Adults can use reverse psychology when arguing for a particular course of action, while secretly hoping that the child will opt for the opposite.”

If they don’t want to eat

When children refuse to eat because they’re watching television, tell them it’s time for bed, since dinner time has ended. This can stimulate positive action, as children will want to have more television time and eat in order to make this happen.

If they don’t want to bathe before bed

If children don’t want to cooperate at evening bath time, you can tell them it’s time for bed. Keep in mind that most children would rather do anything than go to bed early. For this reason, you have a better chance at getting your child to cooperate.

Finally, we remind you that this method works especially well with young children, as this age group seems to instinctively enjoy doing things that oppose their parents’ wishes.

In any case, remember to use this technique with children only when necessary. If you haven’t tried it yet, why not give it a shot with your young ones?