Self-criticism and Shame in Teenagers

In this article, find out more about self-criticism and shame in teenagers, as well as advice for both parents and children. 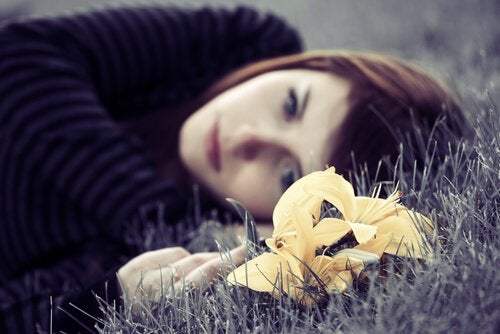 Being able to recognize our own faults and failings is not a common ability. Most people focus on their achievements and good qualities rather than acknowledging things they should seek to improve. However, despite this, self-criticism and shame aren’t isolated cases for teenagers.

It’s generally difficult to find a balance between correct and incorrect behavior, especially when it comes to judging the people around us. And with teenagers, this can be even more complicated.

As the saying goes, it’s easier to criticize others than oneself.

However, too much or too little self-criticism can cause problems with interpersonal relationships and relationships with your children.

How Can This Affect Your Child’s Education?

Teenagers are still trying to figure out their identity, which means that highs and lows are both normal and necessary. And part of this process includes self-criticism and shame, even though this shame can sometimes be excessive.

Healthy self-criticism enables them to evaluate themselves and their behaviors and grow up to be healthy and strong individuals. This obviously doesn’t happen overnight.

So, they need guidance and support to learn how to make balanced judgements and opinions, especially about themselves.

Excessive self-criticism can lead to a perfectionist mentality and low self-esteem. Overly critical teenagers can come to believe that they’re not as good as others, or a complete failure, etc.

A few words for parents

One of the most common feelings or situations for teenagers is shyness.

Many teenagers won’t dare to talk with either parents or other children. They won’t get involved in activities with other children their age. Even talking on the telephone could be a real challenge for them. Asking someone in the street for directions could also be difficult.

When they haven’t worked out how to integrate, they can begin to be more reserved and isolated, staying in their room because they’re frightened or feel shame. And inevitably they pay a lot of attention to the things that other people say.

Another problem is that this excessive self-criticism and shame can lead to poor grades at school. They could be a really bright student, but because they’re so perfectionist in what they do, it could overwhelm them to the point where they’re not concentrating properly.

How can parents help?

Here are a few things that you can do about self-criticism and shame:

How to deal with self-criticism in teenagers?

Adolescence is an important stage in children’s personal development, so pay attention to the following advice:

It may not seem obvious, but one thing that often causes embarrassment is not knowing how to respond.

If you pause and think about the conversation or question, you’ll be able to respond easily. Even if you know nothing about the subject, you can always ask a question yourself. You don’t have to feel less of yourself because of it.

In the end, if you don’t ask, you won’t find out anything either. Sure, you can look things up for yourself later, but the healthier thing to do is talk to people and interact with them.

If you’re suffering, ignoring the problem won’t make it go away. The healthiest thing is to recognize it and look for a solution. Talk with someone you trust and express yourself. That person will help you find the tools you need to feel better and overcome the situation.

3. Try not to isolate yourself, defend your opinions

If you don’t agree with something, say so, but calmly. You don’t have to keep quiet, nor do you have to start an argument, even if someone is wrong. In the same way, you don’t have to take part in everything just to try and enjoy it.

Try to be balanced. Don’t glorify other people, nor belittle them. Everybody has their good sides and bad sides. Instead of things being black and white, we’re all on a scale of grey, so you don’t have to occupy the extremes.

As you get closer to adulthood, you’ll get braver in facing new situations. If you try to stay balanced as a teenager, self-criticism and shame will no longer be a problem.

With time, you’ll develop a solid identity and you’ll feel comfortable, sure, and confident with yourself. And as a result, you’ll be able to establish healthy relationships with some really great people.