Separation Anxiety in Childhood and What to Do About It

Separation anxiety in childhood is very common, and you could even say "mandatory." It's an excessive attachment to the mother. It can prevent children from building relationships with other children or enjoying activities with other family members. 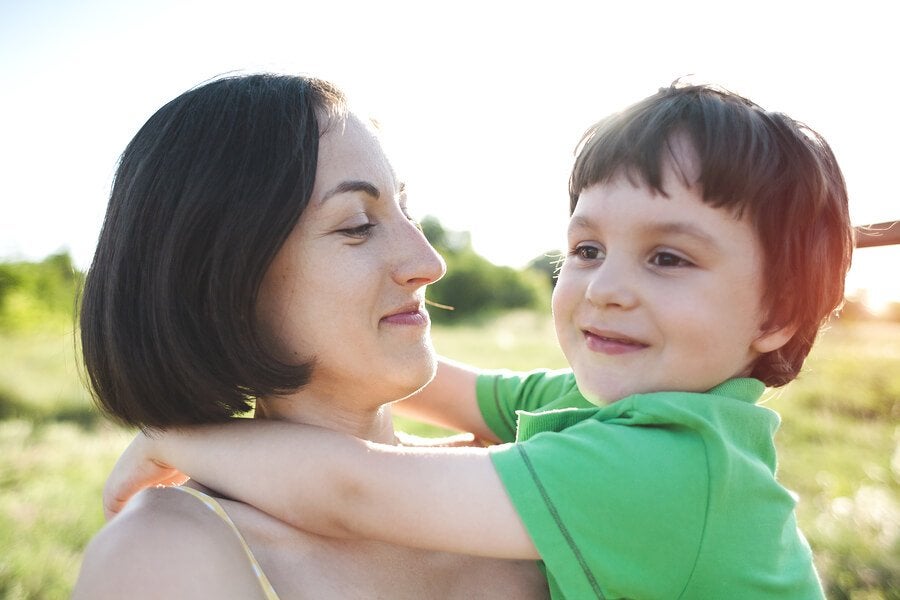 Separation anxiety in childhood can be hard, but you need to act in a way that encourages your children to interact with other people. In this article, we’ll tell you about this common behavior.

Wanting to be alone with their mother can be precious, but also a problem. This is especially difficult when she needs to go back to her daily routine.

What is separation anxiety in childhood?

Separation anxiety can happen when children are too close to their mother.

In addition, this behavior is accompanied by crying, tantrums, and refusing to stay with other people. It can even cause them to not want their mother to be gone for even a few minutes.

This excessive attachment and constant complaining can cause problems. The mother must be 100% aware of her children and nobody else can do anything for them.

It’s true that babies do rely on their mother for everything. She’s the main provider, both for food and care. Then, it’s normal to choose their mother over other family members and friends.

However, as children get older, uncles, grandparents and siblings can also help. For example, changing their diapers, bathing them, putting them to bed or playing with them.

What happens when the mother needs to do all of these things or else they desperately cry? That’s when we need to talk about separation anxiety.

It’s an excessive attachment. It can also stop children from wanting to go through changes that allow them to become more independent.

Causes and symptoms of separation anxiety

Many people think that separation anxiety in childhood is due to the mother not “detaching herself” enough. They say that the mother hasn’t allowed the father to take care of the kids enough.

However, that isn’t the case. There are many other factors, such as:

Every time the child is learning something important, he experiences frustration, such as walking alone or talking. He wants to be with his mother, who calms him down and makes him feel safe.

2. Recognition of the environment

Until 10 months, children aren’t aware of what’s happening around them. However, they recognize familiar people. When children see they’re leaving, they cry because they think they won’t come back.

We’re referring to changes not only internally, but also changes in daily life. Some of these might be starting day care, moving, going on a trip, or the death of a family member. These are all reasons for kids to feel insecure.

“Separation anxiety is an excessive attachment. It can stop children from wanting to go through changes that allow them to become more independent.”

Separation anxiety with the mother is also related to what psychology calls the “Oedipus complex.” This Freudian theory states that the child is in love with his mother. He considers his father as an enemy.

In the case of girls, the Electra complex is where she idolizes her father and is constantly in conflict with her mother.

How to identify separation anxiety in childhood

How can you know if your child has separation anxiety? It’s simple. The habits and behaviors are usually persistent and immediate.

Is it possible to reverse separation anxiety in childhood? The first thing you should identify is what he’s trying to get through his attitude. In most cases, it’s something transient, which you can overcome by being patient.

Ultimately, remember that you’re the one who decides how things run in your house. You shouldn’t leave your work or personal well-being aside to make your child stop crying.

Little by little, he’ll calm down. Eventually, he’ll accept that he has to let Grandma or Dad take care of him.