Shame in Children: What You Should Know

Shame in children appears frequently as they learn to react to different situations. Parents play a vital role in helping them learn to overcome it. 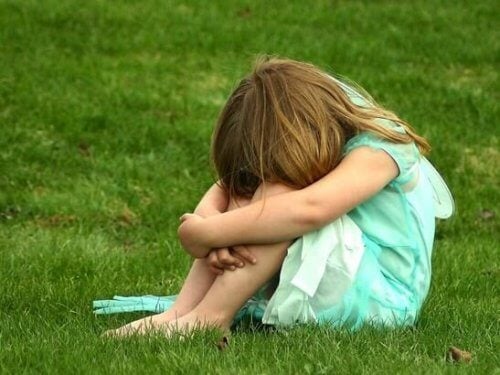 Shame is considered a selective emotion because it depends on the value and meaning that people give to their actions, which can also be influenced by environment and culture.

Shame is also a universal moral emotion, which derives from nonconformity for an act performed, either by frustration or by not reaching the expectations of the environment.

When do children start to experience shame?

From birth until about 2 years of age, children establish verbal and non-verbal communication with everything around them. After that, children start to experience shame because the sense of incompetence or embarrassment begins to make an appearance.

Sometimes, children want to be independent, yet they can’t because they’re too young. Since they can’t do things on their own, they begin to develop some sort of frustration, which ends up turning into shame.

Researchers have also stated that children are born somewhat predisposed to shame and that some will be more sensitive to it than others. However, their sensitivity to shame will always depend on their upbringing – their parents or whoever else raises them.

Although shame doesn’t seem like a positive feeling at all, it can actually be quite helpful since it helps children adapt to the demands of society.

How does shame manifest in children?

Children can manifest shame in a physical way. Many children tend to walk with their heads down, isolate themselves, and blush. In other cases, children tend to laugh uncontrollably to relieve the tension of the shameful moment.

What are the emotional consequences that shame brings on children?

Rage is one of them. Commonly after feeling shame during a certain event, children can be driven by rage and even try to get revenge.

The objective will be to cause some type of aggression towards the person who made them feel ashamed. This aggression, when not measured, could turn into physical or emotional abuse.

Another emotion that shame derives from is helplessness. It’s common to feel impotent when we’re not able to turn things back around after a shameful event. This can make children feel powerless and abandoned.

Common scenarios in which shame appears in children

Shame will always be common in children, because they’re in a period of adaptation to various social situations. Their inexperience can lead them to make mistakes and, consequently, feel ashamed.

Some of the most common situations in which children may feel ashamed are:

How can you help children overcome shame?

By putting the following tips into practice, parents can help their children overcome episodes of shame more easily.

Shame will never ever disappear completely. It will be manifested in different ways and with different levels of intensity throughout life. Still, learning to cope with it is necessary. Let’s see what those tips are:

Serve as an example

Parents should show their children that feeling ashamed is something that can happen to anyone. Sometimes children think their problems are so different than their parents’. That’s why it’s advisable for both mom and dad to sit down with their kid(s) and explain to them how they can feel ashamed too.

Being calm and level-headed in the face of a shameful event will help them see how to react when they’re in that position.

It’s not uncommon for parents to obligate their children to do something they don’t want to do. A very common one is forcing them to kiss and hug people they don’t know.

Children, more often than not, feel embarrassed after these kinds of events. It’s okay for parents to want to instill good manners in their children, but that doesn’t mean forcing them to love people (especially if they’re unknown).

Show respect for their emotions

Making fun of children after they’ve felt embarrassed is something you should avoid at all costs. Parents should guide their children whether they’re extroverted or introverted. This means that parents should always be there for their kids if they ever feel ashamed in a social event.

Children need to know they can count on the support of their parents no matter what. In addition to this, it’s important to let them know that what they’re feeling is completely valid.