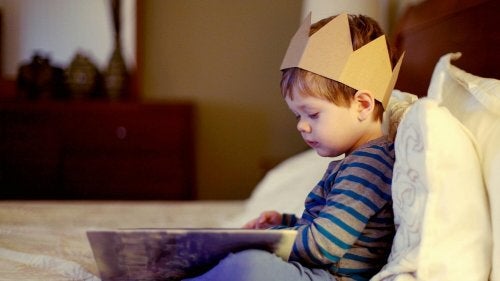 The internet and television have changed almost everything. But there’s one tradition that continues for many families with kids: bedtime stories that parents tell their children to help them go to sleep.

Bedtime stories have brought together parents and children for generations. In addition to being a way to easily lull children to sleep, they’re also an excellent opportunity to teach valuable lessons and values.

Here we’ll tell you some of the best bedtime stories. You’ve probably heard some of them when you were a kid!

Most of us remember this story, a childhood bedtime classic. It’s about three little pigs who decide to build houses to protect themselves from the Big Bad Wolf.

While the first two pigs build their houses quickly out of straw and sticks so they can go out to play, the third little pig is more careful and builds his house out of bricks.

The result: the wolf destroys the first two houses, and they have to run to the third for safety. The important thing is to focus the narrative so that your child understands the importance of doing things well.

Once upon a time there was a pond filled with adorable, promising ducklings. But one day an ugly duckling was born.

Rejection from the others led him to run away, and there he came to understand his true value as a living being.

The best part is that soon he grew up into the most beautiful swan in the pond. This story teaches patience, to appreciate inner beauty, and not to judge others on their appearance.

An old miller leaves his money to two of his sons, but to the third he only leaves a cat.

In the middle of the boy’s confusion and dismay, the cat tells the boy that if he gets the cat a bag and a pair of boots, he won’t have to worry about being poor.

In the end, the cat makes the boy into a powerful duke, protected by the king. Children should learn that sometimes you can do a lot with very little if you’re intelligent and humble.

Once upon a time there was a very rich emperor who spent all his money on clothes. One day some swindlers suggested “the latest fashion” to him, and he spent a lot of money on the suit.

In the end, the clothes were nothing at all; the emperor was simply walking around naked. All his counselors and subjects applauded his choice until a small child laughed at him for going around naked.

Conclusion: The clothes you wear don’t say anything about who you are.

A classic bedtime story. It all happens when Little Red Riding Hood doesn’t listen to her grandmother and goes into the deepest part of the forest. This mistake puts the little girl in grave danger from the Big Bad Wolf.

No one can forget “What big teeth you have!” This conversation can make the story interactive, which is fun for the child and keeps them from losing track of the story. The moral is to obey one’s elders.

This is a favorite among girls. The main character is a girl who is mistreated by her cousins and her aunt. Her aunt makes her do all the housework, without resting.

Soon, Prince Charming throws a ball to decide who he will marry. A fairy godmother helps Cinderella to go and makes her a dress. She goes to the ball and the prince falls in love with her.

This teaches girls that work isn’t bad and being a bad person will never lead you to find true love.