The Dangers of Social Networks for Teenagers 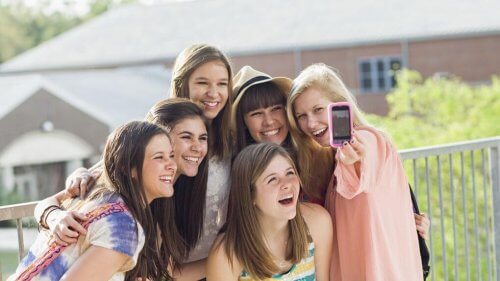 One of the issues that most concerns parents is the overexposure of their children to social networks when they reach adolescence. The terrible truth of who may be on the other side of the screen is something that young people just don’t consider. They are sometimes far too innocent when it comes to judging certain types of behavior.

A few years ago, such a situation would have been unthinkable. The incredible technological development we have experienced in recent years has allowed everyone to have access to innovative communication applications. Thanks to them, nowadays we can transmit any information we want in record time… whether it be legal or not.

Being constantly connected with those we love should bring only advantages. Being able to talk every day with family and friends who live in other cities or countries is wonderful.

We should also be aware, however, that it can have its drawbacks. If we aren’t careful, social networks can turn against our children.

Dangers of social networks in adolescence

It’s very easy to scam someone if you know how to tell them what they want to hear. Many scammers use the Internet to offer phones, computers or game consoles at a low price. They make teenagers believe that if they provide an account number, they can have what they want almost for free.

Needless to say, that account number is almost always their parents’. In this way we become collateral victims of scams of this type. It is pointless telling our kids off in these cases. When they realize what they’ve done, the overwhelming guilt they feel will be punishment enough.

Social networks are a breeding ground for those who stalk teenagers. Internet trolls, often known to the victim, take advantage of their vulnerability and try to hurt them.

Anonymous messages, threats or coercion are just some of the tricks they use. They are even capable of getting more people to join together in their plans. In this way the boy or girl will feel even more isolated.

If you think your child is a victim of cyberbullying don’t waste any time in seeking help. You must report it as soon as possible and let the guilty parties face the consequences of their actions.

This is a very serious issue that every year causes young people to take their own lives. Support your child and make it clear that they can count on you for everything that they need.

“I fear the day when technology surpasses our humanity. The world will then only have a generation of idiots”
–Albert Einstein–

Narcissism and lack of self-esteem

With the emergence of social networks like Instagram and Snapchat, our children are discovering a whole new world. Selfies, Instagram Stories, and the need to get approval can create many kinds of problems. Teenagers never stop comparing themselves to others and, in applications like these, it’s easy to observe the (apparent) perfect lives of others.

If your child doesn’t receive the attention he demands on social networks, his self-esteem will be affected. He will do everything possible to attract attention, even if he has to cross certain limits. On the other hand, if he has a legion of fans who continually praise him, he will just become narcissistic and cocky.

Addiction to cell phones is much more frequent than addiction to computers. Whatsapp is, among young people, one of the most widely used social networks for teenagers. According to different research, obsession with cell phones is comparable to that of a cocaine addict and his drug.

Making our child aware that being glued to a screen all day is not a normal life is a hard job, but a necessary one. If we don’t take action on the matter, the consequences could be catastrophic both mentally and physically.

Like scamming networks, prostitution networks also have a big presence on the Web. They are always on the lookout for teenagers to manipulate and trick, and sometimes they manage it.

It’s imperative that you talk with your child about these kinds of groups and people, just so they’re aware of the dangers. We always think it’ll never affect us, but it’s a harsh reality of life.

Make it clear to them that they should never give their information or photos to strangers, however nice they may seem. They often hide themselves behind false profiles of young people to attract their potential victims.

Teenagers must know about these evil tactics. If you discover that your child has come into contact with individuals of this type, report them at once.

Social networks don’t have to be harmful for teenagers, as long as our children know what dangers are out there. Talking with them about everything they may find is paramount so that they can use them in a healthy, safe, and responsible way.