The Stages of Language Development in Children 0–6 Years Old 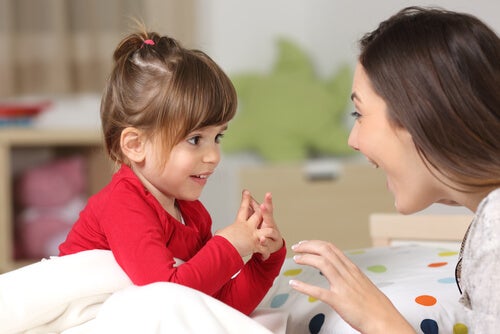 During the first years of a child’s life, developmental changes occur at a faster rate than at any other time. Children develop fundamental skills, physically, psychologically and socially. Language development in children 0 to 6 years old shows these rapid and profound changes.

During this stage, children have a natural predisposition to learn. Therefore, early stimulation favors this evolution. The family environment is a key facilitator of these advances.

In terms of language, the people who surround the child have special relevance. For language development in children from 0 to 6 years old, imitation has a great impact, so the models around them will be decisive.

For language development in children 0 to 6 years old, imitation has a great impact.

Helping your child to internalize the understanding and use of language is something that can be achieved through a few simple and everyday tasks.

Here are a few tips:

It’s important not to underestimate a child’s linguistic capacity and remember that he understands much more than he speaks.