Do Children Always Tell the Truth?

Children are known for their blatant sincerity, without taking into consideration other people's feelings. But do children always tell the truth? 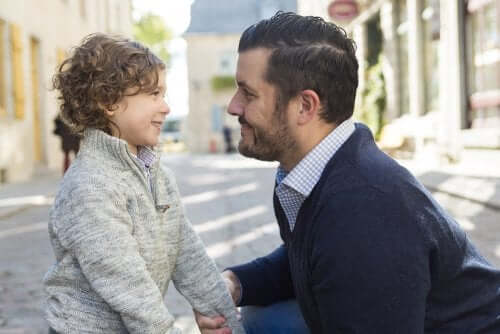 Many times we’ve heard the saying “Children always tell the truth.” We’ve all laughed at the spontaneous comments that children often say at the wrong time. And in a way, this saying has been etched into our minds as something that shouldn’t be questioned. But is it really true?

The reality is that children are spontaneous and innocent human beings who usually express themselves openly. When they’re young, children verbalize their thoughts clearly, simply, and directly. They don’t stop to think about how their words will affect other people.

Adults are more tactful in approach and don’t always speak their mind, even in situations where it may be necessary. Young children express themselves without fear and without a moral filter.

This is especially true in a child’s first years of life. Up to approximately 4 years of age, children haven’t developed empathy. Without that, they’re unable to put themselves in another person’s shoes and are guided only by spontaneity or achieving their own objective of getting their point across.

If we stop to think for a moment, we’ll easily realize that children also lie, and they do so from an early age.

Despite their innocence, children lie for different reasons, depending on their age and stage of development.

In the preschool stage, children often lie because of their difficulty in distinguishing reality from fantasy. It’s common for them to mix real situations with fictitious elements.

They also lie to get something they want to avoid punishment. For example, children may lie to receive a reward or to avoid disappointing their parents.

Children may also lie to hide their problems or get attention from other people. Either way, they don’t try to cause other people harm on purpose. That’s not their main intention when they lie.

On the other hand, they’re quite capable of detecting when their parents are lying through their gestures or expressions, and they perceive this lie as a betrayal. With that being said, we should be mindful of how we communicate with our children without the need to lie to them.

How to foster balanced sincerity

Although the naive sincerity of children is charming, it can sometimes lead to unpleasant situations or even hurt someone’s feelings.

Having the empathy and tactfulness necessary to interact with other people are undoubtedly important. We must teach our children these values in the best possible ways.

Naturally, when a child grows and develops cognitively and emotionally, that raw sincerity decreases. They begin to take into account other people’s feelings and soften the blow so it won’t hurt. They find the balance between sincerity and tact.

What can we as parents do?

How to Deal With Your Children Lying to You
Although your children lying to you may not seem positive in the slightest, it can actually be a sign that they're able to modify their own realities. Read more »
Link copied!
Interesting Articles
Tips for raising your child
5 Ways to Connect with Your Baby