The Oedipus Complex, a Stage of Development

The Oedipus complex is part of the theory of psychoanalysis, proposed by the Austrian psychologist Sigmund Freud at the beginning of the 20th century. 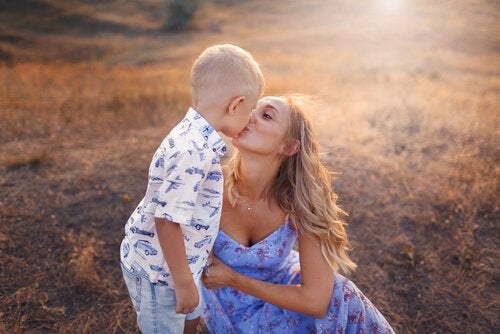 The Oedipus complex refers to an emotional conflict, specifically between a child’s positive and negative feelings towards his or her parents.

Children’s displays of affection for their mothers are generally a constant in infancy. However there is a time in which this love becomes even deeper: this stage is the Oedipus complex.

It’s important to note that the Oedipus complex doesn’t imply the existence of an incestual relationship.

Oedipus is the name of the protagonist of the Greek tragedy by Sophocles, which tells the story of the son of King Lauis and Queen Jocasta.

The oracle predicted that Laius was destined to be murdered by his own son. To prevent this fatal outcome, Laius gave his son to one of his footmen to take and abandon.

The footman disobeyed him and instead gave the baby to a farmer, who in turn gave him to Polybus, the king of Corinth. And so Oedipus grew up, and with the passage of time became a man.

He came to hear a rumor that the people who raised him weren’t his real parents. Then Oedipus consulted the oracle, who told him that he was destined to kill his father. To avoid this tragedy, he decided to leave Corinth forever.

On his journey, Oedipus crossed paths with King Laius. One of the king’s heralds ordered him to give way, and when he disobeyed, they killed one of Oedipus’ horses.

It was then that Oedipus rose up and murdered the king and his footmen. Later, he married Jocasta, unaware that she was his mother.

When he discovered the truth, Oedipus cut out his eyes and spent the rest of his life wandering through Greece with his daughter Antigone. Jocasta committed suicide.

How does the Oedipus complex manifest itself?

In children, the Oedipus complex shows itself in the following ways:

Although some psychologists say the Oedipus complex can be used to refer to infants of both sexes, others disagree.

These others contend that in girls, the equivalent of this process is the Electra complex. This is the inverse of the Oedipus complex, where girls compete with their mothers for the affections of their fathers.

What’s the purpose of the Oedipus complex?

According to Freud, the Oedipus complex is a natural, transitory stage that serves the following functions:

What should parents do?

As previously mentioned, the appearance of these behaviors is nothing to worry about: this is something normal that will pass with time.

For the mother, the change in behaviors won’t bring any problems; she’ll perceive them simply as normal displays of affection.

The one who will feel the difference will be the father. In cases where the behavior becomes overly aggressive or persists over a long time, it may be necessary to talk to a therapist to get a proper diagnosis.

In the same way, nightmares related to separation from or disappearance of the mother are another warning sign.

The Oedipus complex generally resolves itself at around age five. From this time, feelings towards the father begin to turn around: He stops being a threat and becomes a role model.

“A man who has been the indisputable favorite of his mother keeps for life the feeling of a conqueror.”

Some advice for dealing with this stage

While cases of excessive intensity or duration are cause for concern, the Oedipus complex is a normal phase that all children go through. Parents need to handle the situation with calmness and understanding.